Bears Distance Themselves from Brian Urlacher, as Matt Forte Holds Him Accountable Skip to content 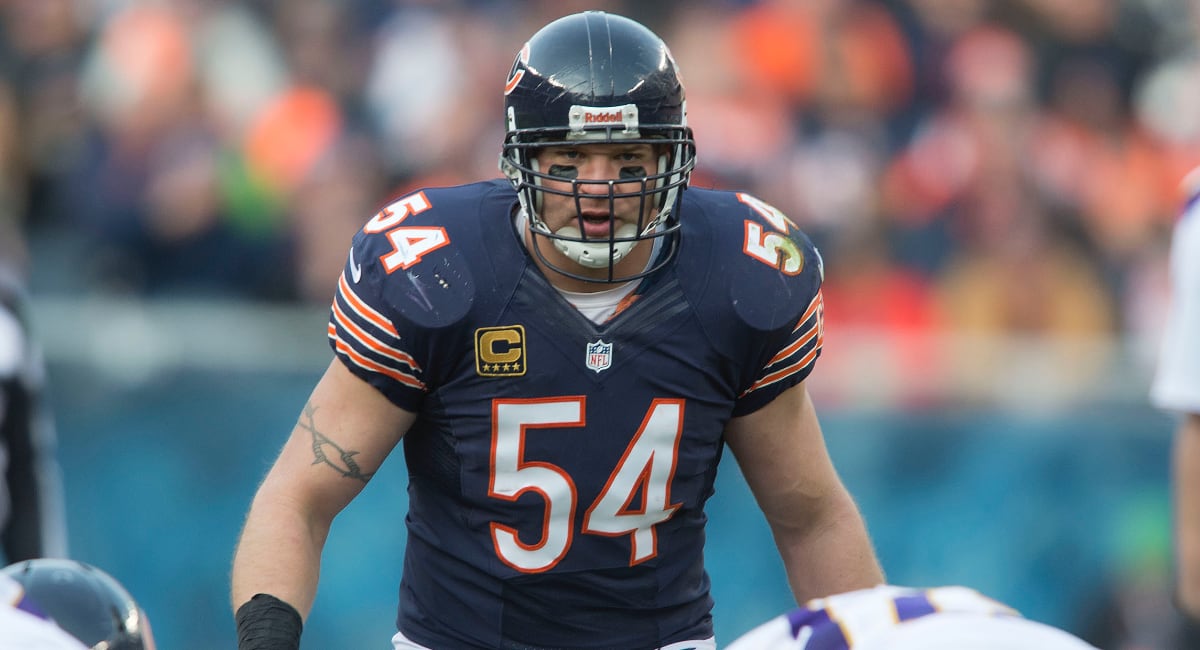 Brian Urlacher is one of the most decorated and accomplished players in Chicago Bears history.

But the Bears made it known Urlacher’s recent social media activity doesn’t line up with the organization’s ideals or beliefs.

Per Pro Football Talk’s Mike Florio, the Bears released a statement that said of Urlacher’s social media shares: “The social media posts in no way reflect the values or opinions of the Chicago Bears organization.”

Urlacher was critical of NBA players for their “boycott” of Wednesday’s playoff games in the wake of Jacob Blake being shot by police earlier in the week in Kenosha. In an Instagram story, Urlacher shared: “Brett Favre played the MNF game the day his dad died, threw 4 TDs in the first half, and was a legend for playing in the face of adversity. NBA Players boycott the playoffs because a dude reaching for a knife, wanted on a felony sexual assault warrant, was shot by police.” He also liked a post on Instagram supporting Kyle Rittenhouse, a 17-year-old Illinoisan who is charged for the murder of two protestors after traveling to Wisconsin from Illinois.

The activity from Urlacher sparked many responses, but tweets from ex-teammate Matt Forte were eye-opening:

The comment @BUrlacher54 posted is void of empathy, compassion, wisdom and coherence. But full of pride and ignorance! I pray for those who have been blinded by their wealth, privilege and earthly fame that breeds arrogance in their hearts. And those who refuse to
-continued-

As for the “values or opinions” of the Bears’ organization, players released this statement on Thursday: