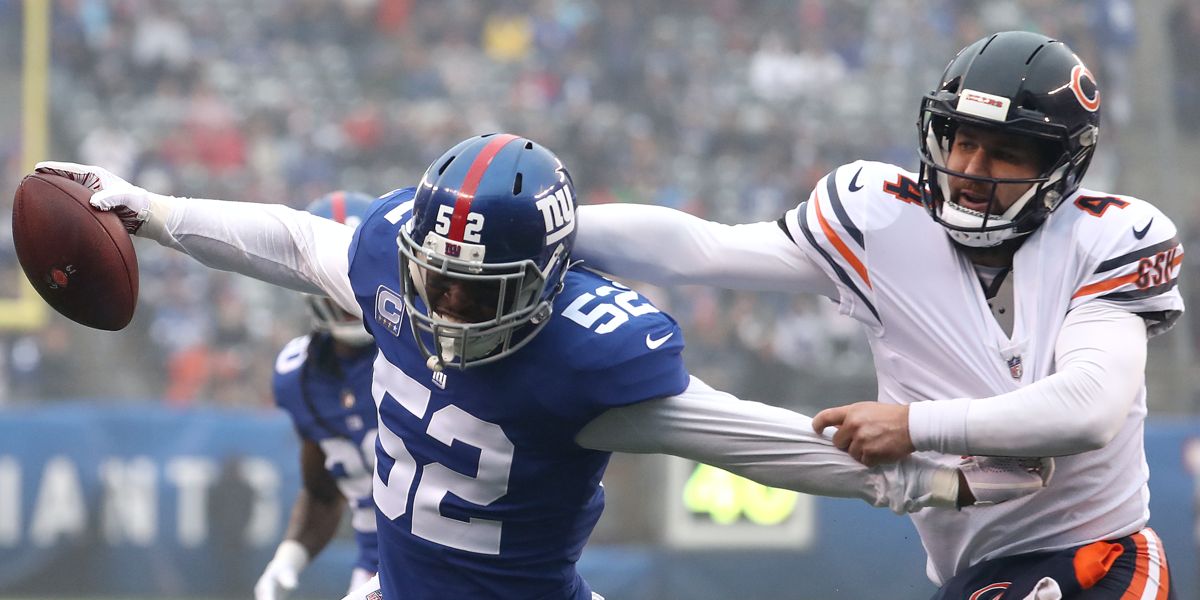 The Bears’ depth at inside linebacker leaves something to be desired.

Tht is to say nothing about the potential both Joel Iyiegbuniwe and Josh Woods possess.  But after seeing how Nick Kwiatkoski and Kevin Pierre-Louis performed after Roquan Smith and Danny Trevathan suffered season-ending injuries, Chicago should know the value of experience among reserves in the middle.

Hence, it’s interesting to see that the team hosted linebacker Alec Ogletree for a tryout on Friday.

Ogletree, 28, was a Rams first-round pick in 2013. He has 93 games of starting experience under his belt — and much of it is quite good. Ogletree was a primary starter for the Rams from 2013-17. The Georgia product racked up 503 total tackles, 31 tackles-for-loss, 11 QB Hits, 12 forced fumbles, six interceptions, and two defensive touchdowns. Ogletree was mostly durable in Los Angeles. He played just four games in 2015, but missed just one game in his other four years.

Los Angeles traded Ogletree (and a 2019 seventh-round pick) to the Giants in 2018. In return, the Rams received picks in the fourth and sixth round of the 2018 NFL Draft. Ogletree missed just six games over the last two years in New York. However, he wasn’t as productive as he was in Los Angeles.  Even still, Ogletree is the type of solid rotational linebacker the Bears don’t have behind Smith and Trevathan.

Who knows, maybe having playing experience next to newcomer Robert Quinn will help his cause. The two were teammates with the Rams from 2013-17.

The Bears also hosted linebackers Devante Bond and Gabe Sewell for tryouts on Friday. Bond has spent time on the Bears’ roster before, so they’re quite familiar with him. Sewell played his college ball at Nevada, where he earned Academic All-Mountain West honors as a senior.

Chicago also hosted running back Napoleon Maxwell for a visit. If you’ll recall, Maxwell was one of the team’s undrafted free agent signings last spring. Perhaps that’s a sign that David Montgomery’s injury is one where a bell-cow, ball-carrying replacement isn’t necessary. In any case, we’ll continue to monitor who the Bears have in for visits..