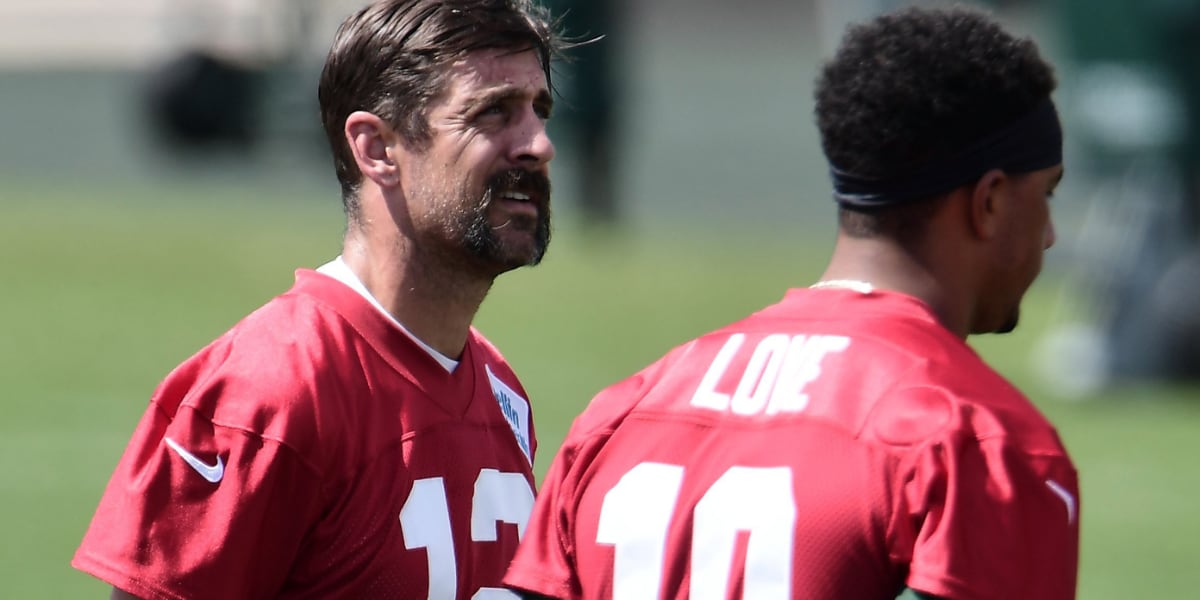 I’ll preface this by acknowledging that, yes, the Chicago Bears have quarterback problems of their own. And with that in mind, perhaps I shouldn’t be amused by misfortunes in camps elsewhere.

But who am I kidding? I got a big ole hearty laugh when I read recent assessments of Packers rookie Jordan Love as he works through training camp.

This from The Athletic’s Matt Schneiderman:

“Love has yet to even provide a glimpse at why the Packers traded up to draft him in the first round. Nobody expected him to take the world by storm in his first nine practices, but every throw he makes seems like a touch pass and he’s had some accuracy issues early on.”

I mean, COME ON, what is this:

The Love experiment is off to an inauspicious start.

Aaron Rodgers has said all the right things publicly at every turn. But there is no denying the pick raised eyebrows and ruffled features. The pick wasn’t a popular one, that much was true as soon as it was announced. And the reasoning behind the selection doesn’t vibe either. In fact, the choice was so off-the-wall that Brett Favre said the team should use Love as a halfback in 2020.

Love entered the 2020 NFL Draft as a raw prospect with tremendous upside. And that he was able to showcase his skills at the Senior Bowl and Scouting Combine helped push him from a likely second-round pick into the first round. Arm talent and athleticism will take you only so far. So while Bears fans might not know much about quarterbacking, we know the struggle really looks like. So take it from me when I say that issues popping up now doesn’t necessarily bode well for the future.