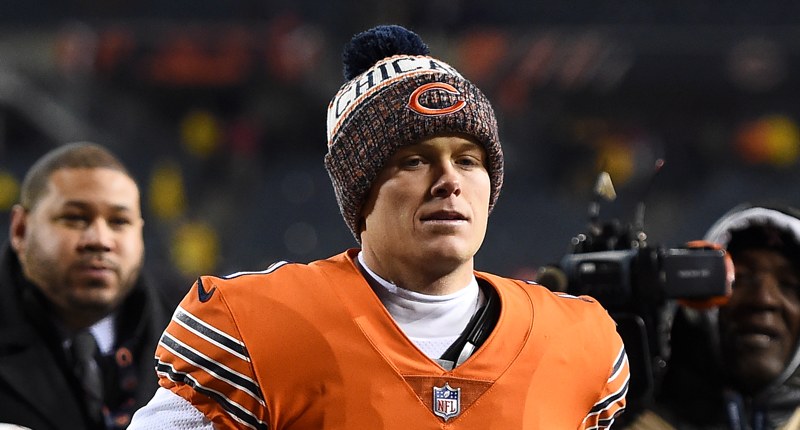 The Tampa Bay Buccaneers brought in a bunch of firepower in the offseason.

Tom Brady is calling the shots at quarterback. Rob Gronkowski is lining up at tight end. Rookie offensive tackle Tristan Wirfs helps beef up the offensive line. Even adding LeSean McCoy to the backfield is interesting.

But one area of concern is apparently the kicking game. And to that end, the Bucs are bringing in an old friend for a tryout:

Former Bears’ kicker Cody Parkey is scheduled to work out for the Buccaneers, per source.

Tampa also visited with former Titans’ kicker Ryan Succop, whom Parkey briefly replaced last season in Tennessee while Succop was injured. But Tampa now appears to be in kicker market.

Parkey working out for Tampa Bay is interesting on multiple fronts.

Obviously, Parkey is an ex-Bear whose last kick for the team was an infamous one. And in case you’re not a schedule-watcher, Tampa Bay will visit Chicago in Week 5 for Thursday Night Football. The revenge game factor could work either way here. Most importantly, the Buccaneers are a Super Bowl contender. And in case you’re new to the football world, the kicking game has been integral to Brady’s postseason success over the years. So this is important position to fill.

On top of that, the Buccaneers are a year removed from drafting Matt Gay in the fifth round of the 2019 NFL Draft. Gay was a highly touted kicking prospect in the draft and received a fair amount of attention from the Bears.

That the Bucs are in search of a kicker at this stage of the game makes for some late-summer roster intrigue for a potential contender. And if they land on Parkey, it’s even all the more interesting.

Since leaving the Bears, Parkey has worked out for a slew of teams. He actually kicked in three games for the Titans last season, making all all three of his kicks (including a 50+ yarder). And yet, the 2014 Pro Bowl kicker remains out of work. At least for the time being.