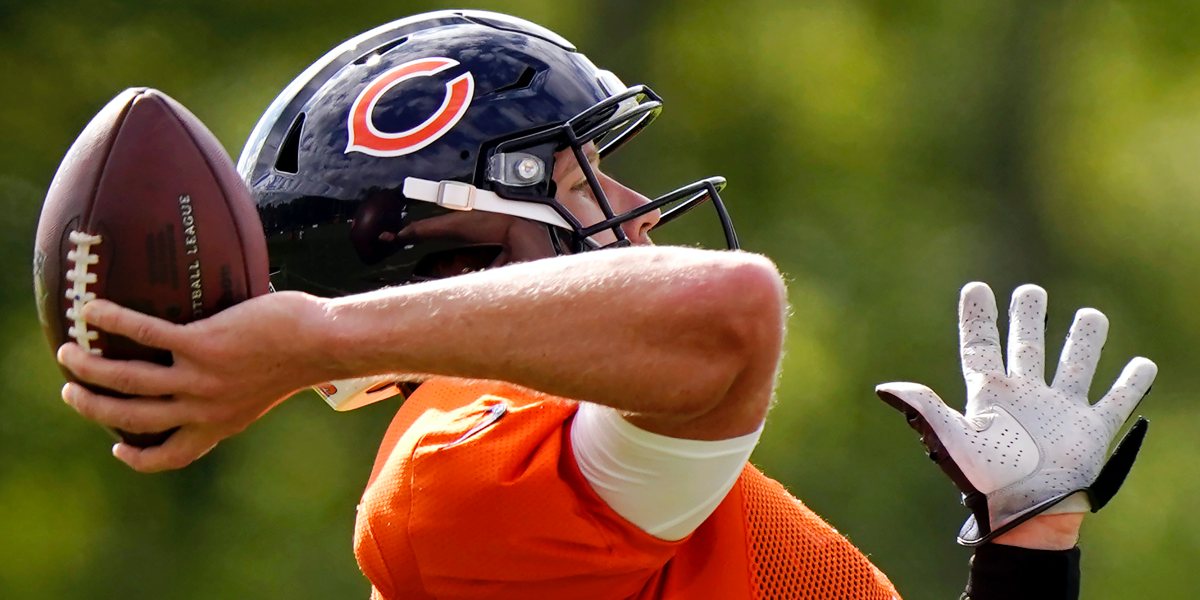 The Bears are not much closer to publicly announcing their plans at starting quarterback for the 2020 season. However, one league insider seems to have an inkling about what will happen, and he’s guessing Nick Foles has a leg up in the Chicago Bears starting quarterback competition.

“My sense sit that Nick Foles is a nose ahead of Mitch Trubisky in the Bears’ QB competition,” writes Albert Breer of SI.com.

Breer explained why Head Coach Matt Nagy would try to keep the winner under wraps for as long as possible. In effect claiming that the Bears have gotten to this point without declaring a winner, so they might as well use every possible rep to thoroughly evaluate the situation before picking Foles or Trubisky. Furthermore, waiting as long as possible – at this point – leaves the Lions needing to prepare for both QBs. That’s an added bonus that simply can’t be totally ignored.

Even after putting aside gamesmanship and thoroughness for true competition, Breer concludes Nick Foles will be the Bears starting quarterback for Week 1 of the 2020 NFL Season: “In the end, I do think Foles will maintain the slim lead he has now,” Breer explained. “But I also believe the Bears coaches are being earnest in wanting to see more before making the call there final.”

For what it’s worth, Detroit hasn’t fared well against either quarterback. And in a way, that makes this misdirection play kind of hilarious. Trubisky has a 9-1 TD-INT ratio and 132.4 passer rating in three games against the Lions in Nagy’s offense. That’s nothing to sneeze at, my friends. And as for Foles, he won the Super Bowl LII MVP award the last time he faced a Matt Patricia coached defense. In other words, if any team should be scrambling trying to figure out who’s going to start, it would be Detroit.

However, if Breer’s spider-senses are accurate, they can start moving their focus to Foles for the time being.