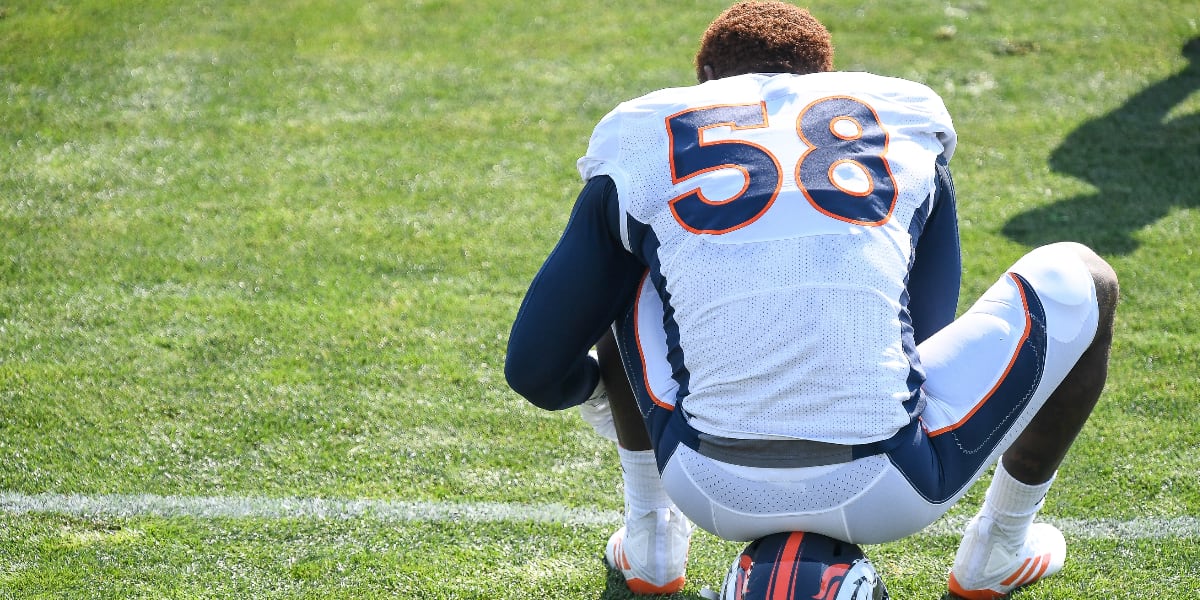 The Denver Broncos have apparently been hit with significant injury just before the start of their season.

Reports surfaced on Monday night about Denver’s star pass-rusher Von Miller suffered a season-ending leg injury during Tuesday’s practice. Shortly after those reports came to light, ESPN’s Jeff Legwold was told by team sources the injury happened on “the last play” of practice. Oof! That one obviously hurts (literally and figuratively) on multiple levels. For Miller, this hurts for obvious reasons. But beyond that, remember that Miller battled COVID-19 earlier in the offseason. For him to get healthy and  into playing shape, only to suffer a season-ending injury at this time stinks.

Meanwhile, old friend Vic Fangio could look to a familiar face for help. NFL insider Benjamin Allbright tweets one option the Broncos could consider is Isaiah Irving, the ex-Bears reserve edge defender who played for Fangio in 2017 and 2018. Chicago let Irving go during last weekend’s roster cut-down. The San Jose State product was mostly a special teams contributor in Chicago. However, Irving saw his defensive snaps rise from 8.5 percent in 2017 to 15 percent in 2019.

Maybe there is an increased role for Irving in Denver. Reuniting with Fangio could help Irving get back into the swing of things and bring depth to Denver’s pass-rush situation. Injuries suck. But when they occur, opportunities arise. So perhaps a silver lining comes in the form of a player getting an opportunity they wouldn’t have had otherwise.