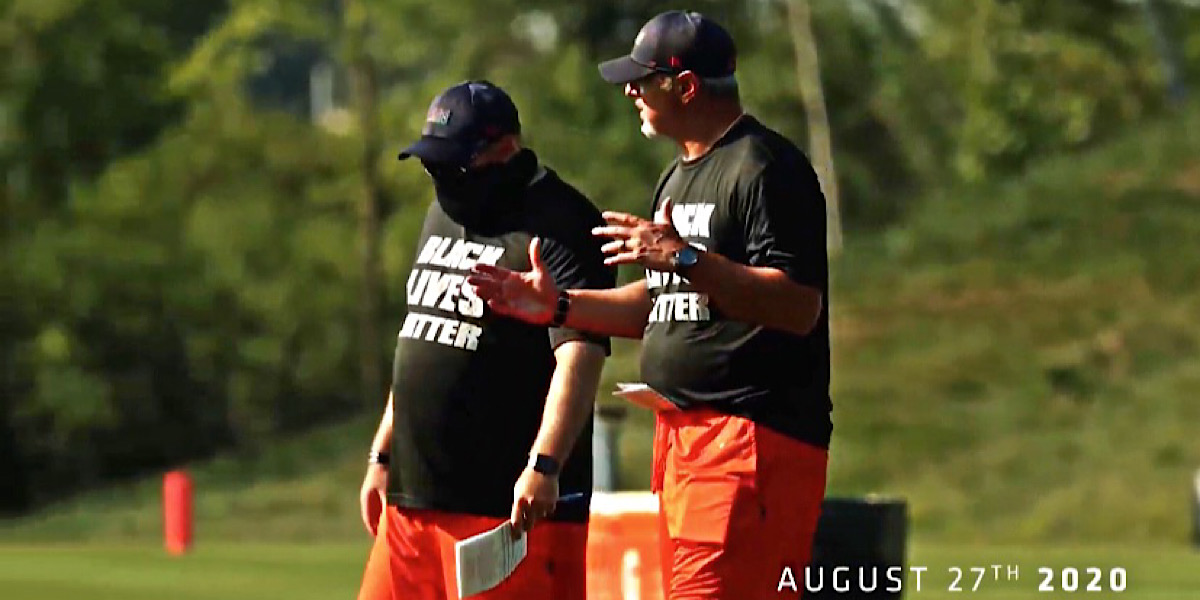 In an unprecedented summer featuring minimal football activity, the Bears’ “1920 Football Drive” mini-series has been refreshing.

Episodes have taken fans behind the scenes at Halas Hall, offered a look at what it takes to train for an upcoming season, provided meme material, and more. But in the series finale, things took a more serious turn:

There is a real focus on the Bears’ fight against racial injustice in the third episode. Players such as Josh Woods, Danny Trevathan, and Charles Leno Jr. are among those who explain what happened when the team canceled practice to protest the shooting of Jacob Blake in Kenosha, Wisconsin. Leno and Head Coach Matt Nagy addressed the situation at the time, but it was still nice to hear expanded thoughts from others in the video above.

Beyond that, there is a fair amount of football content in the episode. Rookie tight end Cole Kmet opens up about living the dream of playing for his favorite team. There’s a glimpse at the quarterback competition that was ultimately won by Mitchell Trubisky. Behind the curtain, front office member Josh Lucas digs into what goes into cut-down weekend. There’s plenty to soak in while watching. But I can’t get past the eye-opening introduction and the seriousness that went into the Bears’ protest. Good stuff all around.