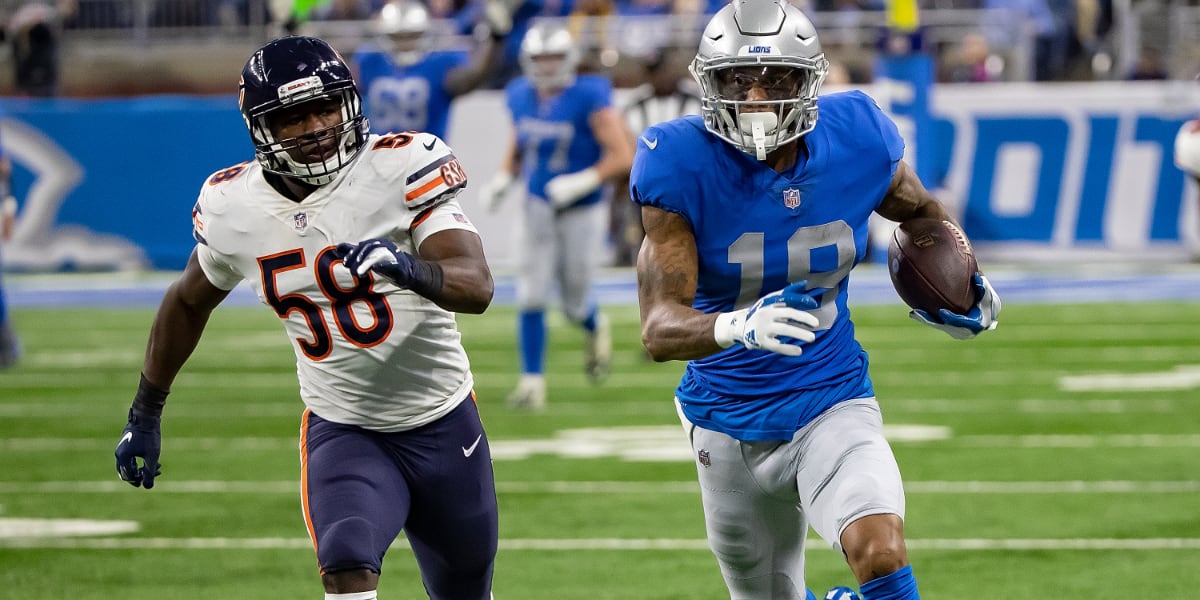 The Chicago Bears aren’t the only team battling the injury bug.

Because while the Bears might be preparing for a season-opener without free agent addition Robert Quinn, the Lions’ – Chicago’s Week 1 opponent — has injury issues of their own:

The #Lions have declared WR Kenny Golladay (hamstring) as doubtful for Sunday’s game.

If Kenny Golladay can’t play for the Lions, then it will be a huge break for the Bears.

Golladay is coming off a Pro Bowl season in which he caught 65 passes for 1,190 yards to go along with a league-leading 11 touchdown receptions. Additionally, Golladay scorched the Bears’ secondary in 2019 to the tune of 7 catches, 215 yards, and a pair of touchdowns. That’s a 30.71 yards per catch average. So if Golladay wants to take as much time to rest that hamstring, I would encourage him to do so. In fact, I’d be fully supportive of Golladay taking the week off just to play it safe.

Detroit released its injury report and Golladay isn’t alone on it. Right tackle Halapoulivaati Vaitai is out because of a foot injury. Vaitai was a Lions big offseason signing. Safety C.J. Moore (hamstring) and tight end Hunter Bryant (hamstring) are also out of action.

It’s wild to think about  players like Golladay and Robert Quinn being doubtful after a summer without preseason games. But maybe it shouldn’t be. Injuries happen for football players, and it doesn’t always happen in games. Danny Amendola, Da’Shawn Hand, Jeff Okudah, Juan Okwara, and Darryl Roberts are also questionable for Sunday. Rookie running back D’Andre Swift, whose hip injury limited him earlier in the week, was a full go on Friday and is expected to play.

In the end, Golladay is the headliner here. Even with Marvin Jones Jr. and T.J. Hockenson, Golladay is the key cog in Detroit’s offensive machine. So like we’ll do for Quinn’s situation, we’ll keep a close eye on what happens with Golladay’s status until inactives are announced on Sunday morning.