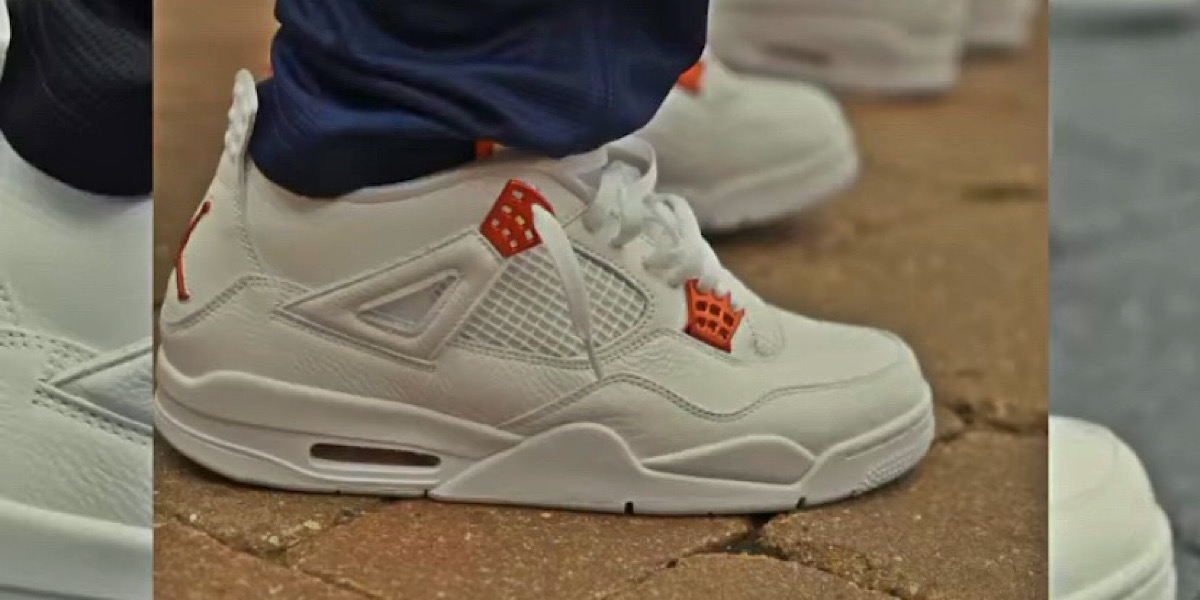 Who needs coffee when the adrenaline of football Sundays is enough to get your motor running?

•   Chicago’s football team kicks off the new season in Detroit while rocking some new kicks. Can we call them Bear Jordans? Head Coach Matt Nagy and GM Ryan Pace gifted fresh pairs of Jordans to players, coaches, and staff. Even Owner Virginia McCaskey and Chairman George McCaskey were given a pair. The inspiration behind the gift comes from Nagy being a big Michael Jordan fan who was drawn into The Last Dance documentary that captured seemingly everyone’s attention this spring. I could make a reference how this could be a “Last Dance” for some on the Bears, but I won’t do the obvious. Instead, I’ll note that I didn’t see enough guys rocking Concords. Missed opportunity.

•   Here’s where we make a smooth transition from one G.O.A.T. to another, because Tom Brady would be starting for the Bears in an alternate universe. NFL Network insider Ian Rapoport piles on reports earlier in the week that unearthed and essentially listed Chicago as a finalist for the future Hall of Fame quarterback. Rapoport hears the Bears did their due diligence and kicked the tires on Brady, as well as other available quarterbacks. But it sounds like Brady turned down their offer, in part, because he didn’t want to play in the cold any more. Sigh. What could’ve been.

•   Seeing that the Bears offered Brady a contract makes me think that Mitchell Trubisky will be on a short leash this season. I can’t imagine the Bears going full throttle with a pursuit of quarterbacks this offseason, then going into this year assuming everything is hunky dory. The ball is in Trubisky’s hands. He controls his own destiny. But in a world where actions speak louder than words, the Bears’ actions in their pursuit of a quarterback improvement suggests they will turn to Nick Foles when they feel it’s necessary. Stay tuned.

•   News surfaced that running back David Montgomery has received the green light to give it a full go on Sunday. That’s encouraging. On the other side of the field, Lions rookie cornerback Jeff Okudah probably won’t to play because of a hamstring injury. Okudah, the third overall pick in the 2020 NFL Draft, wasn’t expected to play much because of his slow development in the training camp ramp-up period.

•   It looks like the Bears are getting creative with their kicking situation:

By doing it this way. The Bears can then sign Santos back to the Practice Squad once Pineiro returns AND he’ll still have one PS elevation remaining

•   Eddy Piñeiro’s groin injury in training camp pushed the Bears to re-sign Cairo Santos. And in order to keep Santos on the roster, the Bears are gaming the new practice squad system. Say what you want about the Bears’ front office — and I know you have and will — but I tip my cap to them for finding new ways to massage the CBA in order to work through things. That’s some good hustle.

•   A note about today’s broadcast: Dick Stockton is behind the mic in place of Kenny Albert, who was originally slated to call today’s Bears-Lions game. Andrew Marchand of the New York Post reports that because Albert was in Canada calling games for the NHL postseason, the NFL’s COVID protocols won’t allow him to go to Detroit for the game. Instead, Stockton – who lives in Arizona – will travel to call the action.

#NFL on CBS debuts tomorrow for 2020, but don't expect to hear announcers' opinions on social justice or racial issues that have dominated the headlines. More @ForbesSports https://t.co/HFrpspQbCa

•   A message from the Lions and Bears:

A statement from the Detroit Lions pic.twitter.com/muB5I7IUWh

•   And another from one of the most active members of the Bears on social media:

.@brkthru does a lot of good things for East Garfield Park on Chicago’s west side. Check them out: https://t.co/BSZkKBQxt3

I’ve been thinking a lot about what Bears WR Allen Robinson said after George Floyd’s death. Hopefully, this in some small way helps. (2/2) pic.twitter.com/8zni4sqKFJ

•   Abbreviating Kansas State to “K-State” but spelling out Arkansas St like so on the score bug weirded me out:

•   I wonder if FOX’s NFL scoreboard will look anything like their college football counterpart?

•   Good luck to all of you out there who will take advantage of this:

Don't miss out: DK Illinois is giving 100-1 odds on ANY NFL game today (yes, even the Bears! … though you may want to pick more of a sure thing … ). Plus a huge deposit bonus. You will want to check this out: https://t.co/7PVIv4qpMu pic.twitter.com/RwilO4q3o0