In Case You Were Curious, Trevor Lawrence Expects 2020 Will Be His Last Year of College Football Skip to content 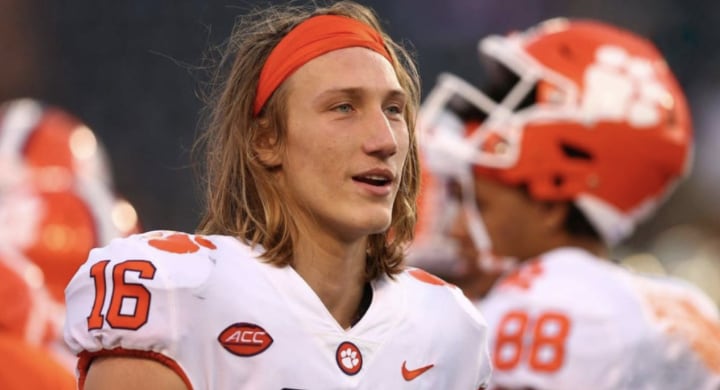 During Week 1’s Bears-Lions tilt, some fans fans flew past the idea of replacing Mitchell Trubisky with Nick Foles and went all the way to dreaming about Trevor Lawrence leading the offense.

Seriously. It was a thing:

Trevor Lawrence is gonna look sweet in a bears uniform

Bears should have lost this game, fired Nagy and Pace, and tanked for Trevor Lawrence. fml

I have a blanket policy of this being a no-judgment zone. If you’re a fan who wants Trevor Lawrence, I’m not going to shame you. Frankly, I don’t blame you. Lawrence projects to be the best available quarterback prospect in the upcoming draft class. He has put up some gaudy numbers, played impressively in big games, and won a national title as a freshman. Lawrence’s résumé is as good as it gets to this point. If you were a Bears fan who didn’t want him quarterbacking the team in 2021, I’d probably question you. However, as I have previously stated, I try to keep this a judgment-free zone.

All that to say that Trevor Lawrence has, in effect, declared his intent to enter the 2021 NFL Draft:

In an interview with Tom Rinaldi earlier today, Clemson QB Trevor Lawrence said: "I'm graduating in December. Planning on this being my last year."

No surprise at all, but the 2021 NFL Draft sweepstakes for Lawrence are now on.

I can’t, in good faith, entertain the idea of the Bears losing enough games to pick high enough to draft Lawrence. Nor can I root for a team to lose when it has this many stud defenders in their prime. The idea of wasting a competitive year from this defense to bottom out and hope it’s bad enough to #TankForTrevor just doesn’t sit right with me. But after three quarters of play on Sunday, the thought of how bad things needed to be for Chicago to be in a position to draft a player of Lawrence’s caliber crossed my mind.

Losing to a woeful Detroit team without its top pass-catcher and top three cornerbacks would have been a sign that maybe a tank season was on the horizon. Instead, Mitchell Trubisky pulled a rabbit out of his helmet and snatched victory from the jaws of defeat. But with that being said, the fact that Trubisky even needed to pull a Houdini act to beat the Lions is why we’re having the Lawrence conversation in the first place.