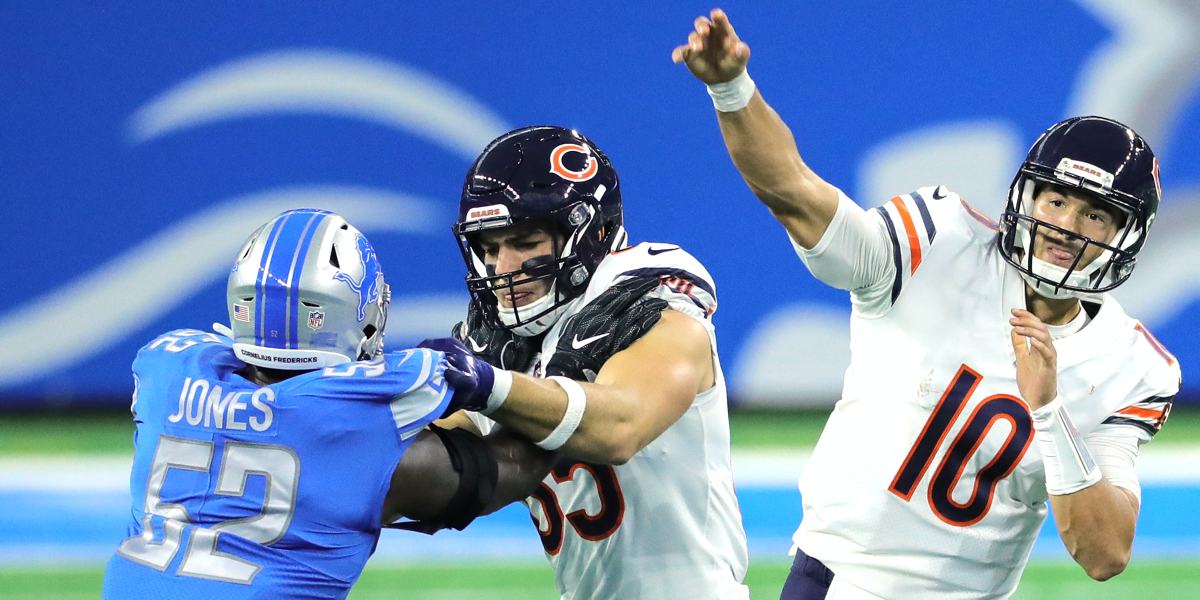 Alright, I’m here for this:

"Wherever I go, he goes." Watch the brand new trailer for #TheMandalorian and start streaming the new season Oct. 30, only on #DisneyPlus. pic.twitter.com/0E3mtUcZO9

The new season of The Mandalorian streams on October 30 over at Disney+. I suppose now might be a good time to binge Season 1 again.

•   We’re rolling with positive vibes only in the land of the Bears:

Don’t forget to stop and smell the flowers pic.twitter.com/SVWN3WErws

•   Mitchell Trubisky’s stans (I guess we’re calling them TRUthers, now?) are deemed Week 1 winners, per NFL.com’s Adam Schein. How about this for a change of heart:

“I thought yesterday (and, frankly, still do today) that the Bears have the worst quarterback room in the NFL. For three quarters, Trubisky couldn’t hit the broad side of a barn. Then Trubisky appeared to have an out-of-body experience. … He was dropping dimes left and right. It was startling, mind-bending stuff — like seeing a unicorn.”

•   Trubisky wasn’t alone in having a standout performance in Week 1. JJ Stankevitz (NBC Sports Chicago) handed out grades, with the running backs, receivers, and offensive line getting exemplary remarks for their contributions. As we’ve seen before, it takes more than one player to get the offense rolling in the right direction.

Confident throw (with ball location) on the game-winner to Anthony Miller.

Still see signs of inconsistent play with Trubisky (mechanics, accuracy, pocket feel). But CHI can continue to scheme throws that give him more defined reads.@NFLMatchup pic.twitter.com/ebxgHSlNla

•   Even still … Nicholas Moreano (The Chicago Audible) notes there is still so much room for improvement — yes, even after a victory.

•   The defense has some cleaning up to do, but Khalil Mack is still grinding out there:

Most QB pressures among edge rushers on Sunday:

•   MacBook Pros and BioFreeze are among your Deals of the Day at Amazon. #ad

•   If you cleared your evening to watch two Monday Night Football games, then you were treated to an advanced look at a pair of Bears opponents. First, it was the Giants who didn’t have enough firepower to keep up with the Steelers. In short, the Giants looked suspect for most of the night.

•   Daniel Jones threw two interceptions to go along with his two touchdowns. But beyond Darius Slayton (6 catches, 102 yards, 2 TD) and Saquon Barkley (6-60-0) in the receiving game, New York looked suspect. Barkley rushed for just six yards on 15 carries. Tight end Evan Engram caught just 2 of 7 targets for 9 yards. The offensive line allowed three sacks and 8 QB Hits. This game won’t be the cake-walk some might have thought it was entering the season, but it’s still a winnable game. Good teams take care of business in the NFL, so I reckon we’ll see if the Bears are in that category on Sunday.

•   Remember when I was pushing the bandwagon to draft Benny Snell?

•   Chicago travels to Tennessee in Week 9 for a November 8 matchup against the Titans. Who knows what the kicking situation will look like by the time that game rolls around. But in short, the Titans did not look like the team that had a double-digit lead in the AFC title game against the eventual Super Bowl champs. Ryan Tannehill posted a 97.9 passer rating, but averaged just 5.8 yards/attempt. Derrick Henry ran for 116 yards, but needed 31 carries to get there. Receiver Corey Davis (7 catches, 101 yards) out-performed A.J. Brown (5-39) — and did so in his first game after an offseason in which the fourth-year wideout who had his fifth-year option declined. But the story of last night’s Titans 16-14 win against the Broncos was Stephen Gostkowski.

•   Here’s how bad it was for Gostkowski:

According to Next Gen Stats, Stephen Gostkowski had a 1 in 1,804 chance (0.06%) of missing three field goals and at least one extra point

•   Three missed field goals. A missed extra point. All sorts of yikes moments. And even though he hit a 25-yard game winner for redemption, I can’t imagine he is on a long leash in Tennessee. Not with that franchise’s recent kicking woes. Because if anyone knows about wasting a competitive year because of a kicking problem, it’s Bears fans.

•   On the other end of the spectrum, former Bears tight end MyCole Pruitt scored the Titans’ first touchdown of the 2020 season. Pruitt, a Southern Illinois University product like myself, has followed a unique path to get (and stick) in the NFL. If you’re interested, this piece from Paul Skrbina (The Tennessean) takes you on a journey.

•   An old friend gets good news on the injury front:

#Raiders LB Nick Kwiatkoski did not suffer a torn pec yesterday, source said, with the MRI confirming the initial diagnosis. While he still could miss time, it’s not nearly as severe as it appeared. The team is still determining his timeline.

So Who the Heck is Sam Mustipher Anyway?