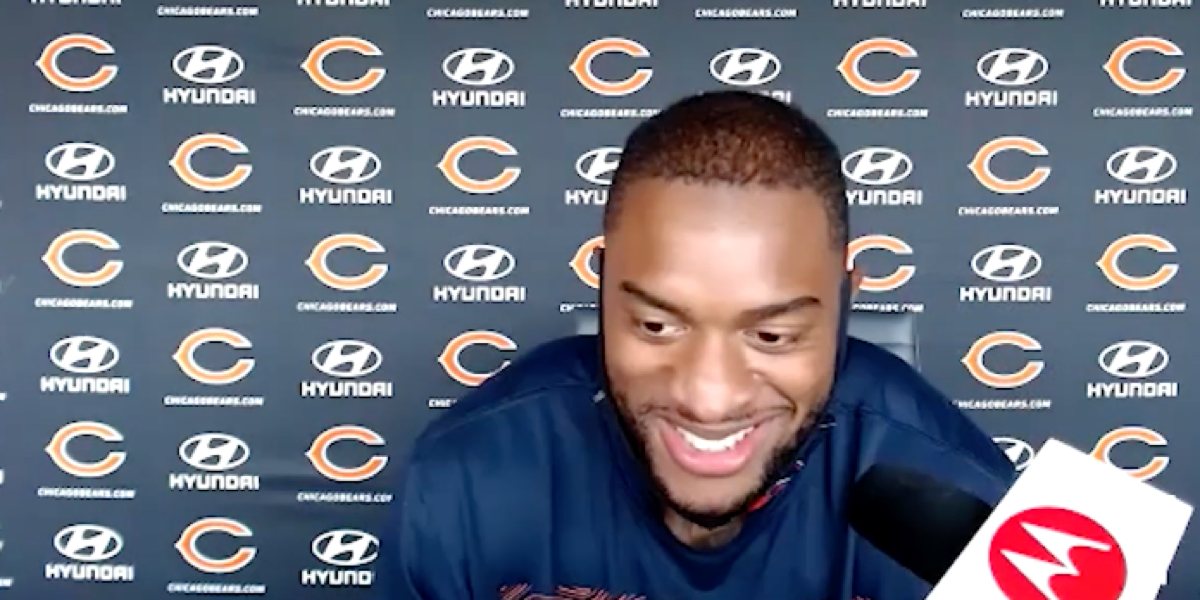 One day after his social media activity caught the attention of Bears fans and national on-lookers alike, Allen Robinson took to the mic to address his contract situation. And his candor with reporters earlier was much appreciated.

Too often, we see people from different walks of life use social media messaging to grab attention, then walk away from it and never address it again. But Robinson didn’t do that. Instead, the Bears’ leader in catches and receiving yards last year openly discussed what was on his mind.

Robinson didn’t give as much detail as many would have liked. Nor did he clarify rumors about conflicting reports regarding a trade request. But he provided a glance into his thinking.

As far as I’m concerned, the big takeaway was Robinson sharing his desire to stick around:

Robinson later lobbed bouquets at Head Coach Matt Nagy, referencing him as a reason he signed with Chicago in 2018. Both talked about what Robinson described as a “very good and spirited conversation” they had earlier regarding the contract talks. Robinson also mentioned he talked to GM Ryan Pace, too. Overall, Robinson came off sounding like someone who knows his day is coming. And that’s a win after yesterday’s developments.

Maybe it’s only a matter of time before a deal gets done and this whole situation is put behind us.

For more from Robinson, watch the video below: