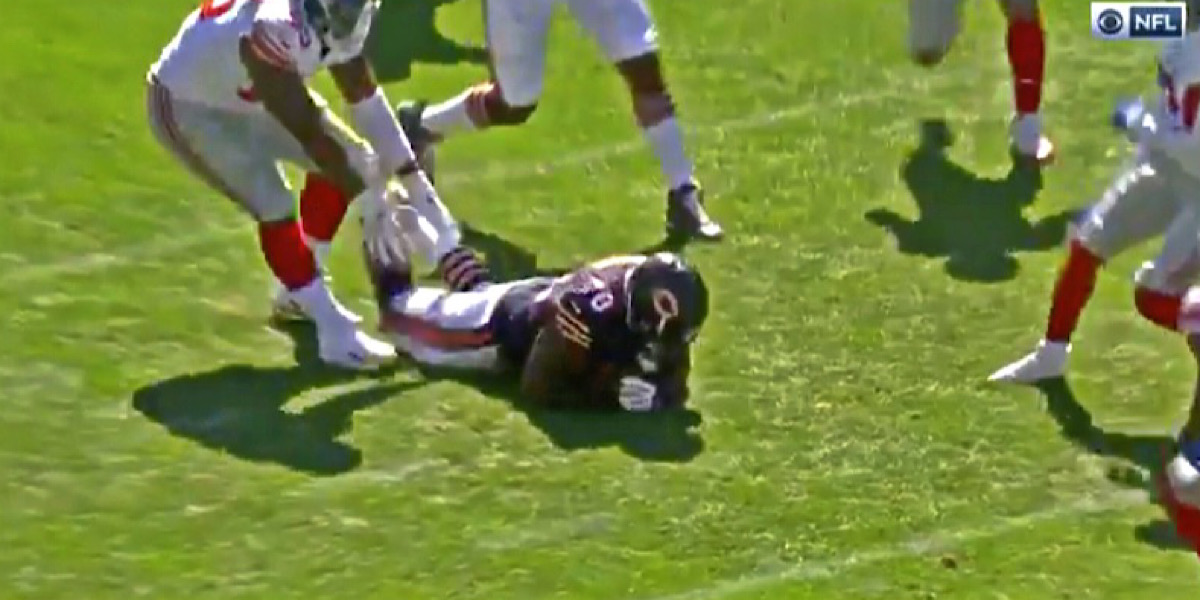 Helmet stickers all around for the Bears’ key contributors.

David Montgomery picked up 127 scrimmage yards and scored a touchdown. Khalil Mack and Robert Quinn each had a sack and a quarterback hit. Mitchell Trubisky threw for two scores.

But Bobby Massie deserves more than a helmet sticker. So get him a game ball, pat-on-the-head, back-rub, steak dinner, cold drink, and whatever else comes with being today’s MVP. Because — in a way — it was his catch on fourth down that sealed the Bears’ win:

Massie’s 4-yard reception came on 4th-and-2 with 3:58 left in the fourth quarter. Not only did the conversion keep the Bears’ drive alive, it allowed them to chew another 1 minute, 56 seconds off the game clock. Additionally, the Giants had to use all of their timeouts before getting the ball back. That the Bears didn’t fully take advantage of “The Catch” is inconsequential at this point because they won. But we shouldn’t look past the little things that added up to a big win.

Who knows what could’ve happened had the Giants had two timeouts and nearly two more minutes to play with. Although  based on how that game was trending, whatever it was, wasn’t going to be good.