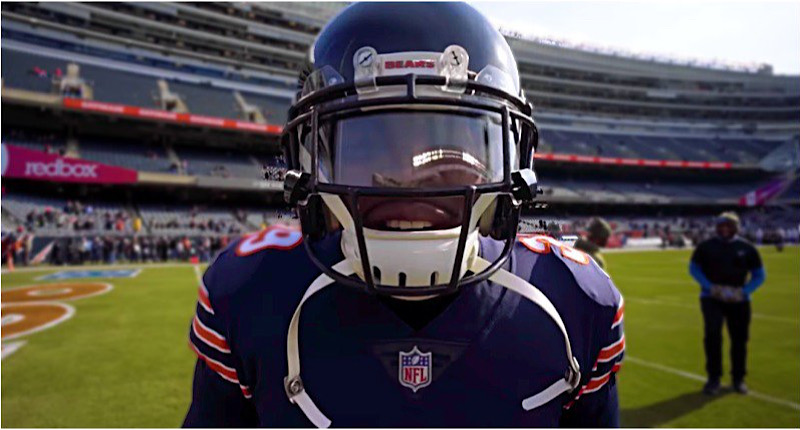 With 10 minutes left in the 4th quarter, the Giants were on the move down by only seven points. That’s when Eddie Jackson jumped in on a Daniel Jones pass intended for tight end Kevin Smith, the ball was knocked up in the air, Jackson picked it off, and then he took it 54 yards to the house for a pick-6. After the extra point, the Bears were set to be up 14 , and the Giants were probably toast.

But that didn’t happen. Jackson was flagged for pass interference, the ball came back, the Giants got a first down, and eventually kicked a field goal on the drive. Fortunately, the Bears still held out to win, but if that flag isn’t thrown, the entire discussion of the game probably looks different.

Here’s the question, then: did the flag have to be thrown?

Eddie Jackson sure didn’t think so, and he was PISSED after the game:

The implication there is that even the ref knew he messed that one up. Jackson arrived early with contact to the receiver, yes, but it was one of those plays where they’re both going for the ball. Watching live and on replay, it struck me as one of those that you just shoulda kept the flag in your pocket. I didn’t think it was an EGREGIOUSLY bad call, but I think it was awfully close to be pulling out the hanky.

What do you think:

Here’s the replay on the Eddie Jackson pass interference call, by the way, which called back a pick-6: pic.twitter.com/ZenPasAWjk

In conclusion, Eddie teases that we’re gonna see something fun on his next pick-6:

Coming to a end zone near you to be continued….