Giddy Up: Robert Quinn is ACTIVE and Will Make His Bears Debut Today! Skip to content 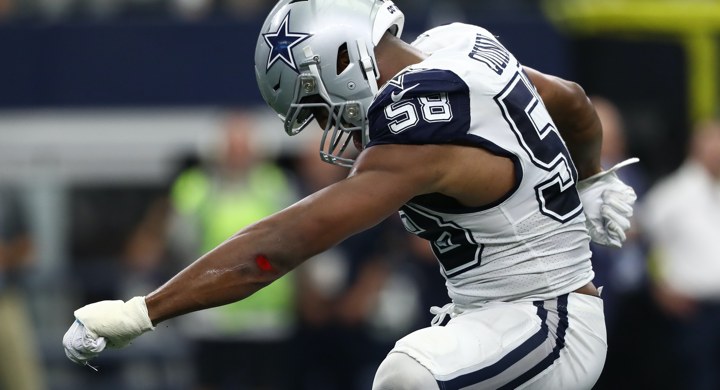 I’m ready to witness the firepower of the fully armed and operational battle station known as the Chicago Bears defense.

Robert Quinn, the big-money free-agent addition who was suppose to boost an already fearsome pass-rush, is ACTIVE for today’s game against the New York Giants. Meaning that lining up alongside Khalil Mack and Akiem Hicks is a pass-rusher who racked up 11.5 sacks last year and has four seasons with double-digit sack numbers. I can hardly contain my excitement!

As for the rest of the Bears’ inactives, here we go:

Wide receiver Ted Ginn Jr. is a bit of a surprise to see on the inactives list. Ginn played the second most plays among Bears receivers last week. He out-snapped Anthony Miller (27), Javon Wims (23), and Darnell Mooney (21). If this is a healthy scratch, perhaps this is a sign that Miller, Mooney, or Wims will see an up-tick in action. Remember, Ginn was on Wednesday’s injury report — although his appearance was due to a veteran’s off day.

So maybe this means we’ll see Cole Kmet more involved in the passing game. Or it’s possible that Chicago will show an increased commitment to running the ball with David Montgomery, Cordarrelle Patterson, and the newly minted Tarik Cohen. Is this the week Eddie Jackson gets his turn at receiver? Possibilities are limitless!

We’ll have more for you in Pre-Gamin’ later this morning.