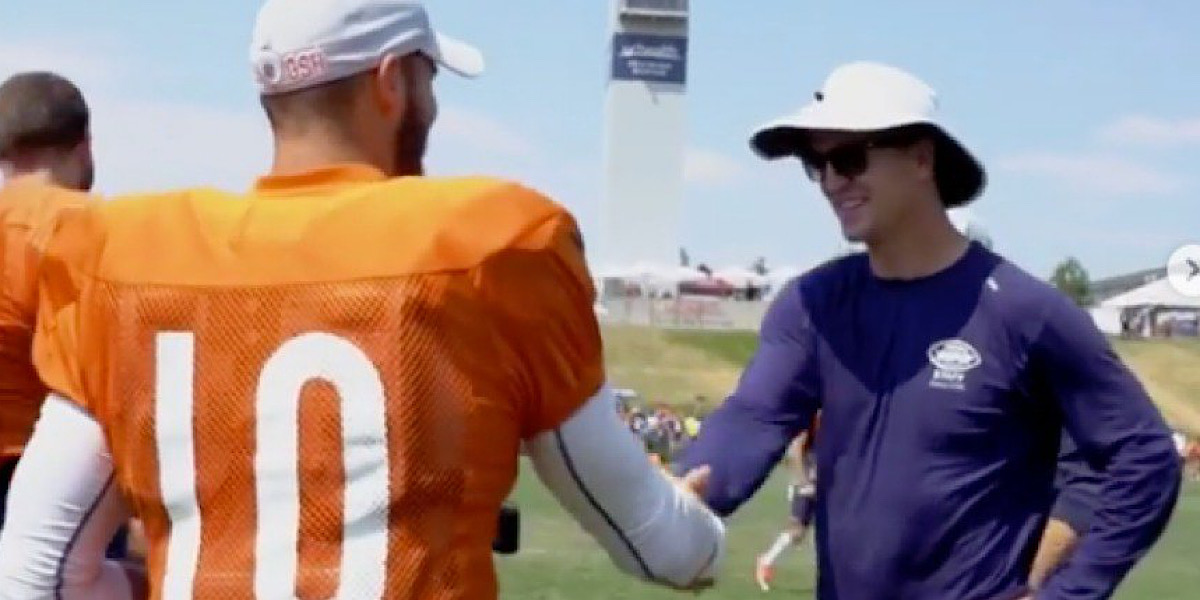 Peyton Manning is one of the NFL’s all-time great quarterbacks. And while his résumé has him Canton-bound, Manning’s analysis since retiring has led to networks entering bidding wars for his full-time services. But rather than commit to a gig on Monday Night Football, Manning has carved a niche on ESPN+ providing analysis, insight, and a laugh or two along the way.

And in his latest over at E+, Manning showed some love for Bears Head Coach Matt Nagy and quarterback Mitchell Trubisky. That much-maligned duo orchestrated a heckuva fourth-quarter comeback against the Lions in Week 1. Evidently, it caught Manning’s eye.

Manning calls that Trubisky throw to Allen Robinson  “special” and “perfect.” He makes mention of Trubisky throwing Robinson open, which is worth noting because anticipatory throws haven’t been Trubisky’s strengths. I also like how Manning used a highlight to be critical of Trubisky at the same time. Because while that throw to Robinson was awesome, Trubisky missed a wide open Jimmy Graham, who could have turned a 5-yard route into a score because he had nothing but green grass in front of him. It’s balanced, informative, and entertaining analysis.

Manning and Trubisky go back a bit. Remember, Trubisky checked in with Manning before making the decision to go pro and enter the 2017 NFL Draft. Later, Manning spent some time hanging out with Trubisky while the Bears were in Denver having joint practices with the Broncos. And during this past offseason, Manning was brought in as a special guest speaker who met with the Bears’ quarterbacks.

Frankly, I’m still not over Archie Manning telling reporters: “Peyton thinks a lot of Mitch and I do too.”

Evidently, Peyton thinks a lot of Matt Nagy, too, saying: “I really think Matt Nagy is one of the top play callers. Matt is creative. … He’s a creative play-caller. Finds different ways to find his speed runners, his best carriers of the ball, getting the ball in their hands.”

All in all, there’s a lot to take away from this episode of Detail. Hopefully, future episodes will highlight more success for this tandem. If not, maybe Manning will consider padding his résumé with a surprise return to football? Hey, don’t knock it ‘til you consider it!