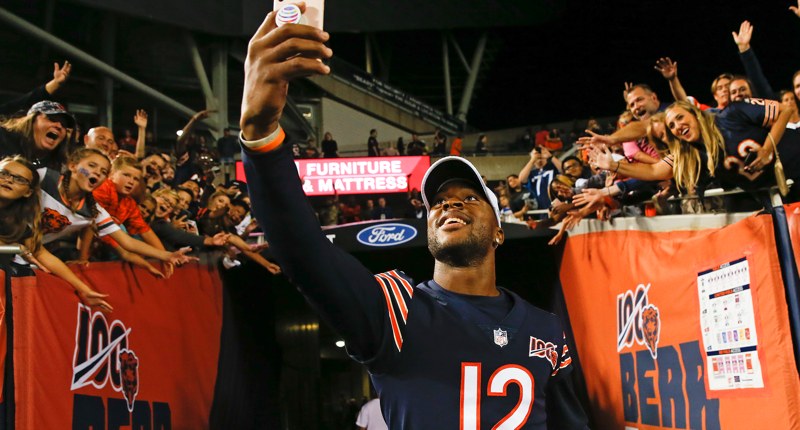 Allen Robinson removing Bears references and pictures from social media last week didn’t just catch the eyes of Bears fans, it made waves around the league. So much so, sources informed NFL Network insider Ian Rapoport reports that teams checked in with Chicago regarding potential trade interest.

To take it a step further, Rapoport reports that Robinson’s social media activity and the drama that surrounded it opened new efforts to get an extension done. Both sides reportedly exchanged numbers and the Bears even kicked up their standing offer up a notch. In other words, Robinson’s plan worked. Well done. Now, let’s get a deal done.

Rapoport says a deal isn’t imminent. However, recent trends suggest a deal that keeps Robinson in Chicago beyond this season will get done. That the two sides are actively engaging in talks should be viewed as a step in the right direction. Additionally, that Chicago appears willing to move up from its original offer suggest things are evolving. Hooray for progress!

As for what a potential deal could look like, Keenan Allen’s recent extension with the Chargers appears to be a go-to comp. Allen, 28, signed a four-year extension that included $50 million in total guarantees and comes with a $20.025 million per-year average. Robinson’s statistical profile is similar to that of Allen’s despite playing with lesser-accomplished quarterbacks. Hence, Allen’s deal seems to be a fair bench-mark to reach.

In the end, it feels like there’s more optimism now than there was when this ordeal started. So stay tuned. The Bears could be closing in on locking in another key piece of their offense sooner, rather than later.