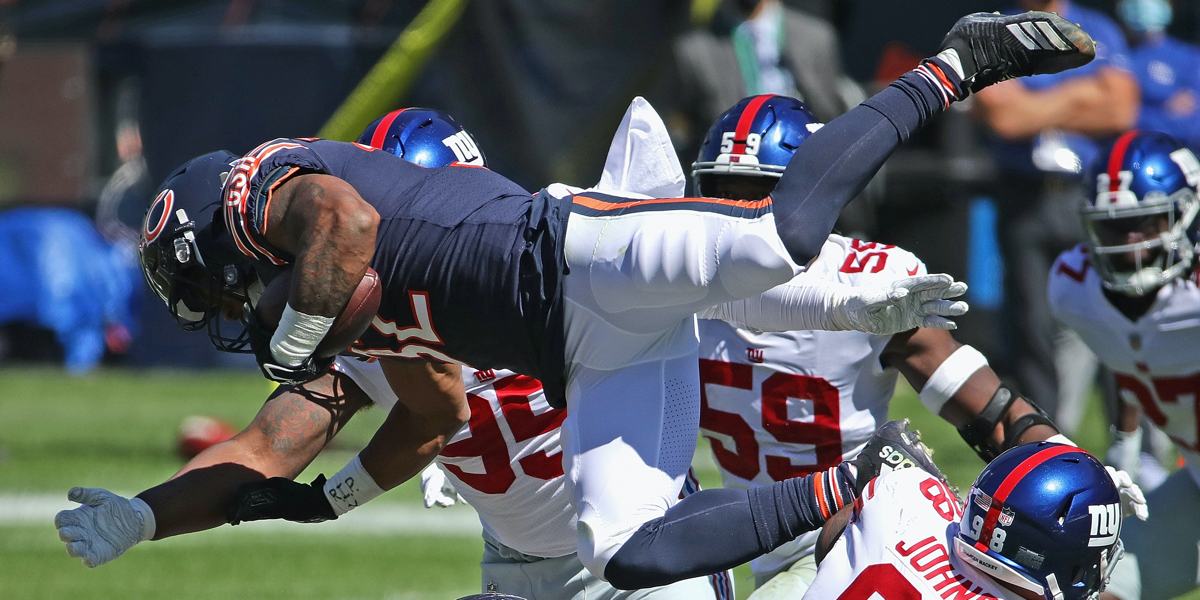 If you like tightly fought ball games that are decided on the last play from scrimmage, then the 2020 Chicago Bears are just the team for you.

Here’s hoping your heart can take it.

The Bears’ 17-13 Week 2 win against the Giants had an all-too-familiar feel to it. It was essentially the same game as Week 1, but placed in a different order. Sure, the result was the same — a four-point win with Chicago narrowly escaping as time expired. But instead of the game-winning stop coming on the heels of a furious late-game rally by the offense, it happened after an infuriating second half in which the unit failed to score a single point. Thankfully, a hot start out of the gates and a 17-0 halftime lead provided just enough of a cushion. Otherwise, we’d be having a different conversation right now.

Mitchell Trubisky finished having completed 18 of 28 passes for 190 yards and two touchdowns. However, his two interceptions will be a sticking point. Trubisky finished with a 78.0 passer rating, as #FourthQuarterMitchell showed up for the first half, but not the second. The defense was dunking on the Giants in the first half, but spent most of the second half on its heels trying to stop a team that lost Sterling Shepard *AND* Saquon Barkley to injury. And it’s not a *REAL* Bears game unless the kicker does something to draw our ire. Cairo Santos missed wide left from 50 yards out on a kick that would’ve extended the Bears’ lead.

Frankly, it should’ve never come down to that last possession. All things considered, the Bears looked very vulnerable on both sides of the ball. And I imagine there are going to be some chapped behinds because of how things looked in that second half.

In the end, the Bears are 2-0. Not 0-2. Or even 1-1. They’re 2-0. And in a year where nothing should be taken for granted, I’m cool with accepting a victory and living to write about it tomorrow.