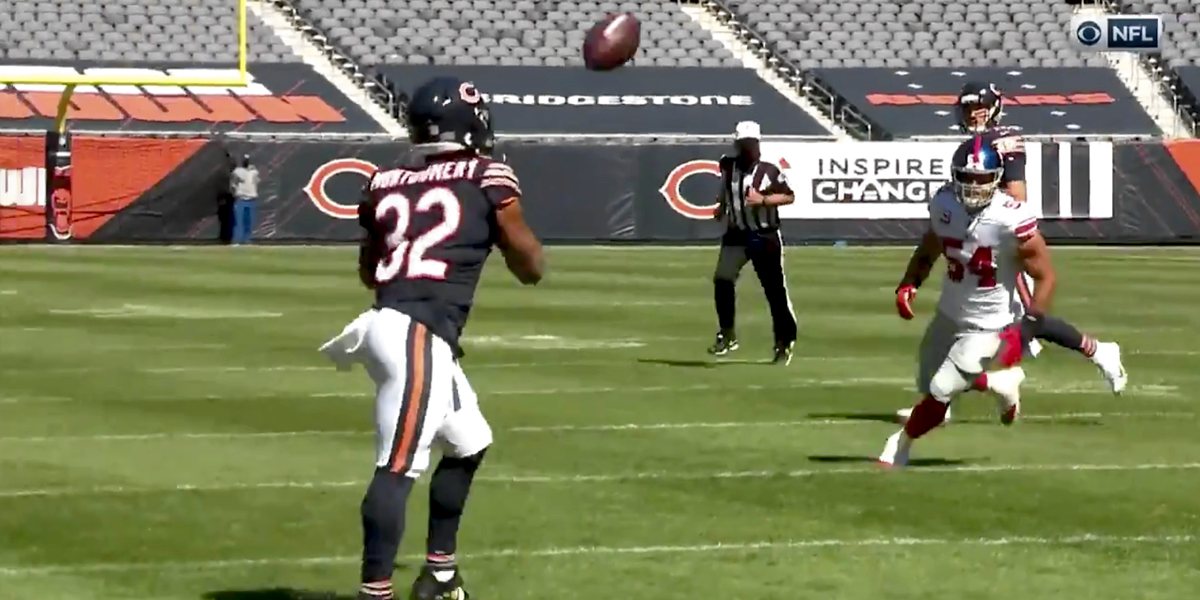 Move over, Tarik Cohen. David Montgomery wants in on the conversation of being the Bears’ best pass-catching back.

Here’s how Montgomery presented his case:

What a freaking awesome play. It had everything. Good hands to go along with shake-and-bake moves from Montgomery. And some excellence by Trubisky outside of the pocket.

Not to be overlooked was Mitchell Trubisky’s elusiveness, which we know can be a useful tool when properly utilized. And in the case of this touchdown play, it put the Giants defense in no-man’s land. Trubisky’s mobility allowed him to escape the pocket, put the defense in a vulnerable spot where they had to choose between stopping the scramble or covering Montgomery slipping out. The Giants did neither. And now the Bears have a 7-0 lead.

This is a *MUCH* better start than last week when Chicago opened with a 3-and-out and didn’t score a touchdown until the fourth quarter.