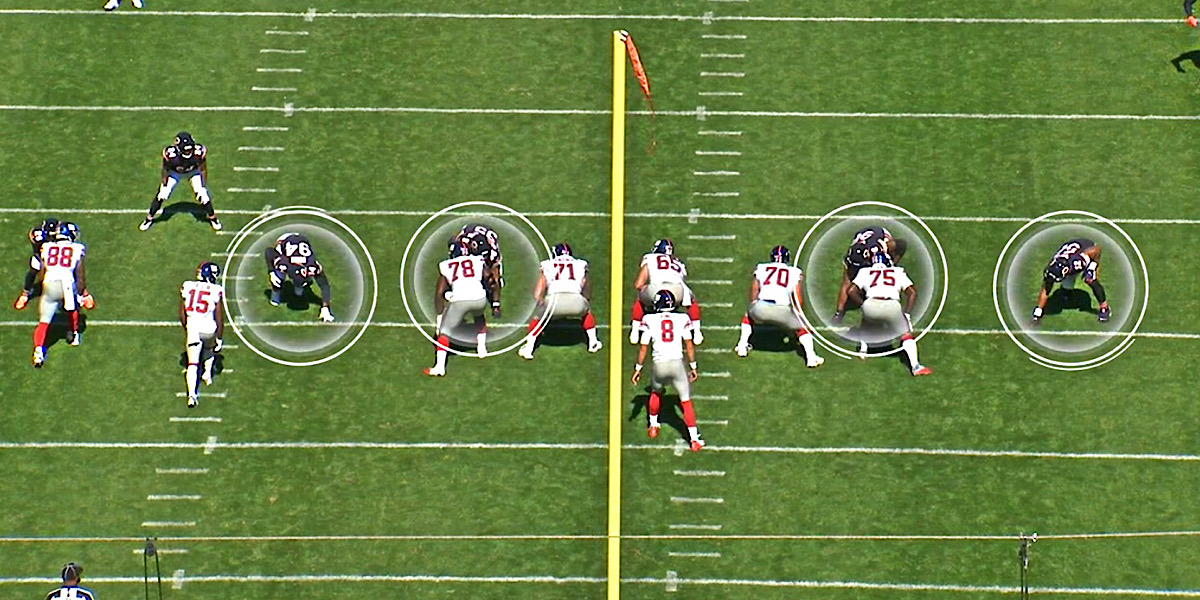 There’s been some noticeable hand-wringing with respect to the Chicago Bears’ defensive efforts to this point of the season. And I understand why.

Giving up 23 points to the Detroit Lions is sub-optimal. The Lions had no business scoring that much without Kenny Golladay and while riding Adrian Peterson on his last legs. Seeing that the Bears’ Week 2 matchup against the New York Giants required a game-winning stop as time expired isn’t ideal either. Hence, there is concern about the Chicago’s defense through two games. But maybe we shouldn’t be there just yet.

The Bears have so many playmakers in their front seven. And on Sunday, we saw Khalil Mack, Robert Quinn, Akiem Hicks, Roquan Smith, and others can make splash plays on any given snap. So while the Bears don’t blitz as much as some might like, they don’t necessarily have to do so. As long as everyone needs to be accounted for in one way or another because offenses won’t be sure from which direction the heat is coming. If the Bears can wreak havoc with just five, then that leaves six defenders in a position to make a play on anything in the air. Thus, making the defense a tough cookie to crack.

In the end, Chicago (1) held New York to less than 300 yards of total offense, (2) limited the Giants to 3-for-13 on third-down conversions, (3) collected four sacks, (4) added five QB Hits, (5) forced (and recovered) a fumble, (6) collected an interception (should’ve been two!), and (7) kept a team without its best RB and WR to just one touchdown. All things equal, you’ll gladly accept that game from the defense whenever you can get it. And with a defense as loaded as the Bears,  the expectation is that they do it every week.