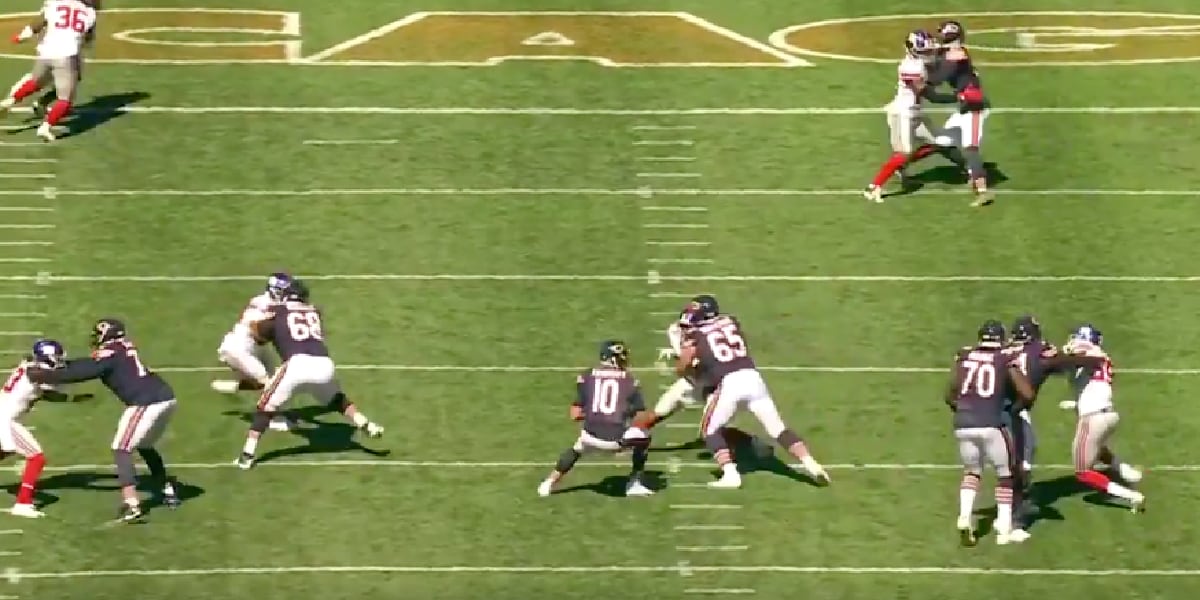 Most importantly, I think you’ll be delighted to know the Bears are all over both lists.

Get a load of these win rates:

Overall, the Bears defense’s pass-rush win-rate is 41 percent. That’s good enough to put them in the middle of the pack, but leaves ample room for improvement. Meanwhile, Chicago’s run-stop win-rate (34 percent) is the sixth best in football. The Bears have been run stuffers across the board. You love to see it! Then again, that’s to be expected from a group that boasts Khalil Mack, Akiem Hicks, Robert Quinn, and a host of other premier defenders in the front seven.

But the most impressive stuff is happening on the other side of the ball.

The Bears’ pass-block win-rate is 77 percent, which is the second best in football. Only the Packers (🙄🙄🙄) check in with a higher percentage in this category, edging the Bears by 1 percentage point. Chicago’s run-blocking isn’t slouching either. At a 73 percent run-block win-rate, the Bears rank as the fifth best in the league.

If it was socially acceptable to hug and kiss numbers, I’d consider doing it. That’s how pleasantly surprised and overjoyed about how the Bears’ offensive line is playing to this point. The group is clearing running lanes for David Montgomery, Tarik Cohen, Cordarrelle Patterson, and Mitchell Trubisky. They are also collectively keeping would-be defenders at bay in the passing game. In turn, Trubisky has flashed an ability to make plays down the field.

I know I swooned over Darnell Mooney when this play happened, but re-watch this and keep your focus on the offensive line:

That highlight doesn’t happen for Trubisky or Mooney if the offensive line doesn’t do their job. Full stop.

Writing about the blockers this offseason was a chore because things went so poorly in 2019. But I’ve long maintained optimism because the possibility existed that last year’s poor showing was a blip on the radar. If it turns out last year’s performance was an outlier, it could be a game-changer for the offense. And thus, it could change the trajectory of this team’s 2020 season. Stay tuned.