Trubisky Continues Mechanical Tweaks, Bears Up Schitt's Creek, Who's Winning the Mack Trade? And Other Bears Bits Skip to content 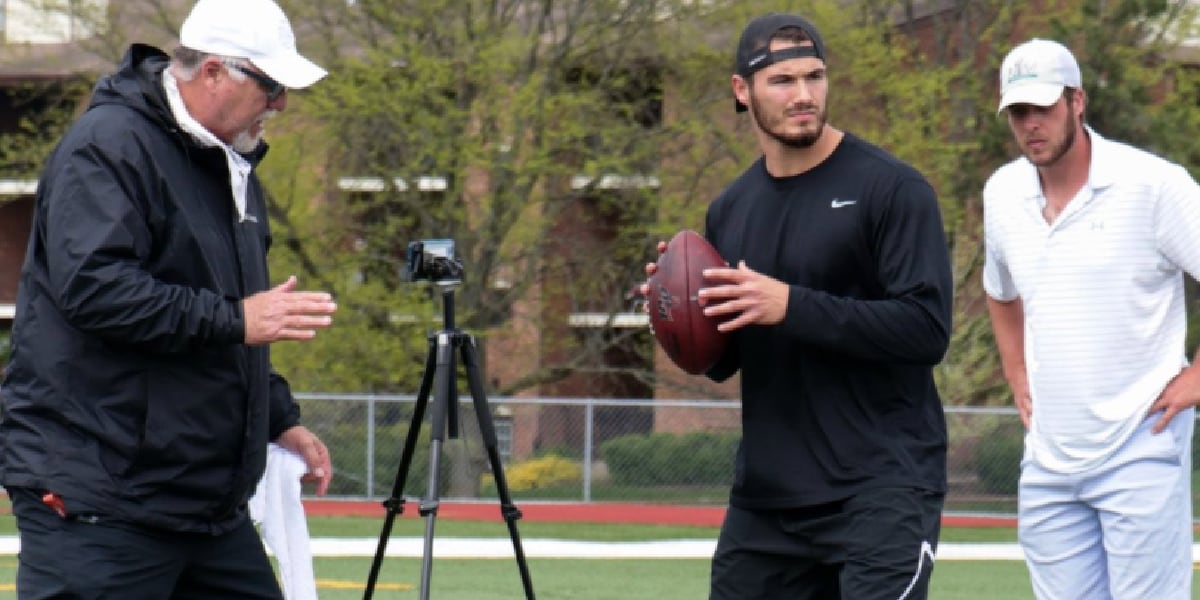 Autumn is here, which means it’s time to act like hoodies and basketball shorts are proper attire no matter the temperature or occasion.

•   You just looooove to see this:

The work is never finished. pic.twitter.com/axgWVoHAv7

•   Mitchell Trubisky’s work ethic has never been questioned. It’s just that we’ve yet to see steady, consistent results from all the work he has put in. I would have preferred if Trubisky worked with Jeff Christensen years ago when he first came in the league. But as the Aubrey Graham lyric goes: “Better late than never, but never late is better.” Trubisky’s continued effort en route to refining his mechanics and improving his play is something I hope to look back on later and highlight as a reason the Bears are one of the teams playing postseason football.

•   I suppose the early returns have featured more positives than negatives. Trubisky was PFF’s seventh-highest-graded QB after Week 2’s Sunday games. That’s high praise if you consider how much shade has been thrown at Trubisky in previous years. And, yeah, it’s just the Giants. But hey, you gotta call ’em how you see ’em.

•   Let’s be real: For Trubisky to take the next step in his development, he’ll need to upgrade from Jordan 1s to Concords.

•   Unfortunately, someone found themselves re-litigating the trade (again):

Know what else doesn't look so bad for the Raiders anymore? The Khalil Mack trade. They wound up with …

•   In what is one of my hottest takes to date, I still maintain both sides received what they wanted out of the deal. The Bears landed an elite pass-rusher while their quarterback was on his rookie deal. On the other side of the coin, the Raiders got out from having to pay a top-end EDGE defender while also paying top price for a starting QB simultaneously. This is important, seeing that the Raiders were in transition, about to move, and had financial restrictions that ultimately paid a factor in them not maneuvering to pay Mack, Amari Cooper, and Derek Carr. They also acquired draft capital used to land (among other pieces) star running back Josh Jacobs.

•   I understand that there is a desperate need among some to immediately declare winners and losers upon news of a deal coming down. But in this case, the moderate response appears to be the extreme. And I’m cool with that. No one likes making one-sided trades anyway, because that’s a good way to lose trade partners in future years.

•   OK, fine. I’ll get into Schitt’s Creek. But someone’s gonna have to slide through with that Netflix hookup until Sprint customers are allowed to capitalize on the Netflix/T-Mobile deal:

Are the #Bears for real at 2-0? I break it down with @adamjahns on the latest #JpPod. Brought to you by @PaytonSportsNet -> https://t.co/260amumtU9

•   The Raiders opened up their new digs in style:

•   HOWEVER, I expect it to be a costly debut for Jon Gruden (and Sean Payton, for that matter) for violation of the league’s mask-wearing policy. The NFL isn’t playing around:

NFL fined three head coaches – – Denver’s Vic Fangio, Seattle’s Pete Carroll and SF’s Kyle Shanahan – $100,000 each for not wearing masks Sunday, and each of their teams another $250,000, sources told ESPN.

So that’s $1.05 million dollars in fines for not wearing masks.

•   I’m doing everything in my power to not say that Vic Fangio already has experience in dealing with this type of quarterback:

Update: Denver is signing former Jags’ and Rams’ QB Blake Bortles to a one-year deal once he passes his COVID protocols, per source.

With Drew Lock out 3-5 weeks, the Broncos almost signed Bortles last year and now will take the next step this year.

•   If I didn’t know any better, I’d say Brett probably has his eyes on snatching Brady’s job. Watch out behind you, Tom:

•   Getting down to the nitty-gritty in the Bulls’ head coach search:

It's possible the Bulls are down to four head coach finalists: https://t.co/l47OOZVkoB pic.twitter.com/XT9eElEE1G

•   It’s becoming increasingly difficult to not like Joey Votto: