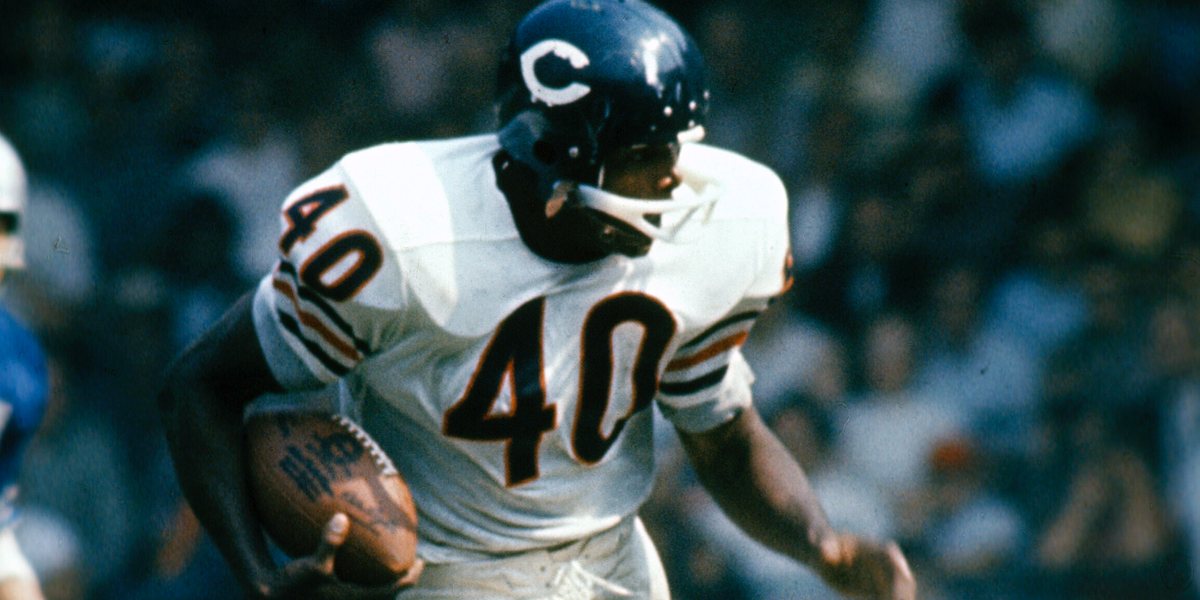 Gale Sayers, one of the greatest players in Chicago Bears and NFL history, has passed away at age 77.

Bears’ legend and Hall-of-Fame running back Gale Sayers died Wednesday, the Hall of Fame confirmed. He was 77. pic.twitter.com/hfKAptZPyx

Nicknamed “The Kansas Comet,” Sayers was the fourth overall pick in the 1965 NFL Draft and starred out of the gate, scoring 22 total touchdowns as a rookie, before ultimately rushing for 4,956 yards and 56 touchdowns in his career. Sayers scored 39 times on rushes, added nine touchdown receptions, six kick-off returns, and two returned punts. He led the NFL in rushing yards twice (1,231 in 1966 and 1,032 in 1969) during a career in which he made four Pro Bowls and earned first-team All-Pro honors five times.

At age 34 (1977), Sayers became the youngest player ever enshrined into the Pro Football Hall of Fame after an exciting – albeit injury-shortened – NFL career.

In addition to his excellence on the field, Sayers’ friendship with teammate Brian Piccolo — who died of cancer in 1970 — was documented and detailed in Sayers’ autobiography “I Am Third” and adapted into the film “Brian’s Song.” Sayers had been battling dementia for some time, with his wife telling Vahe Gregorian of the Kansas City Star back in 2017 that its onset could date back to as early as 2009.

Sayers had been out of the public spotlight in recent years. However, his emotional return for the Bears’ centennial celebration was something that will stick with me forever:

The most moving moment of the Bears’ centennial celebration was when the great Gale Sayers, who is suffering from dementia, received a great ovation from the fans. #Bears100 pic.twitter.com/ng4YVaROTo