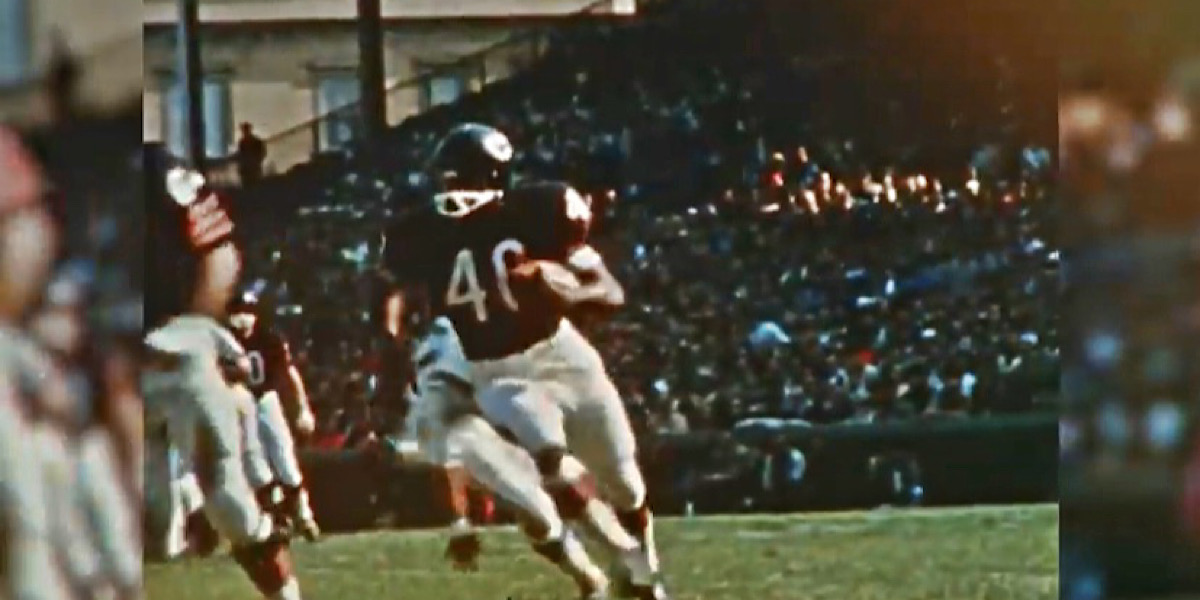 I couldn’t decide whether I wanted fried or oven-baked chicken last night, so I decided to split my chicken breasts and make both. And now, I have leftovers for today. It’s a win-win for all parties.

•   This Gale Sayers memorial highlight package put together by the Chicago Bears straight up gave me chills:

•   The outpouring of memories shared on social media in the wake of the news of Gale Sayers’ death was eye-opening. Let’s check some out:

The entire Pro Football Hall of Fame family mourns the passing of Gale Sayers. Our thoughts and prayers are with his wife, Ardie, and their entire family. We will forever keep his legacy alive to serve as inspiration for future generations.#HOFForever | @ChicagoBears pic.twitter.com/sLYdu9w0s2

Rest in heaven to Mr. Sayers #40
When I was drafted in 2008 he was our guide in Canton when we got to visit the HOF. Amazing inspiration before starting a career. Thanks for setting the standard for @ChicagoBears RB’s. You’ll be missed but always remembered.

I asked Gale Sayers for the best advise he ever received. From his HS football coach: “when it’s you vs 1 person you should win 100% of the time, when it’s you vs 2 people you win 75% of the time. Set your expectations higher than others imagine, then exceed them.” RIP #BearDown pic.twitter.com/WrDKLzfEQH

.@realmikewilbon remembers one of his heroes, Gale Sayers ❤️ pic.twitter.com/3hfBLQNLcA

Gale Sayers passed away Wednesday at the age of 77. His legend will, however, live in perpetuity by the grace of NFL Films, and stories the old tell the young. https://t.co/jUi7HS7aso

•   The Bears’ official website rounded up more reactions from fans, celebrities, players, and others. Over at 670 The Score, former teammate Ed O’Bradovich shared his memories. I can’t honestly capture each and every touching tribute, which says everything you need to know about how teammates, fans, and many others felt about Sayers.

•   There’s no smooth transition from remembering a legend to moving into talking about the current Bears. But here goes nothing …

•   Allen Robinson didn’t have much to say about his ongoing search for a contract extension. HOWEVER, he was quite articulate in talking up teammate Anthony Miller:

•   Miller’s production has been streaky throughout his career. At times it has been frustrating too see a player the Bears traded up into the second round to draft not fulfill his potential immediately. But it’s also important to remember that development isn’t always linear. Robinson’s comments on Miller’s growth are encouraging to read. They provide perspective and hope that Miller will continue to ascend toward becoming the player he wishes to be.

Using drops data from @Sportradar and EPA from @nflfastR, I totaled up the expected points lost from dropped passes in the first two weeks of the season. This assumes every dropped pass was caught with average YAC. Tom Brady had two passes dropped in the end zone last week. pic.twitter.com/Mm1XzVsfzV

•   Even with the inconsistencies, there’s still belief that the Bears offense has potential:

We pride ourselves on those three words. Thank you to @Bears Head Coach Matt Nagy for the kind letter and football.

•   Marqui Christian’s time in Chicago was so short, the Jets’ announcement that they had signed the ex-Bear was shared with an image of him playing with the Rams. Sure, Christian never played in Chicago. But his career arc with the Bears went from potential depth option to practice squad player to not even with the organization anymore in the blink of an eye..

The #Bears are 8-3 since the start of last season in games decided by seven or fewer points; only the Seahawks (10-2) have more such wins @StatsBySTATS

•   Help the Bears help their community:

We're looking to support a non-profit organization that matters most to our fans & continues to make a positive impact on the Chicagoland area and the state of Illinois.

Help up recognize and award a deserving Community All-Pro with a $101,000 grant. ⤵️ pic.twitter.com/ZEB05YzMHL

•   ICYMI: Our friends at BN Bulls are all over the hiring of new Head Coach Billy Donovan. Selling Chicago’s basketball team hasn’t been easy in recent years. But armed with a re-shaped front office and a clean slate, new lead executive Arturas Karnisovas flew to Florida to sell Donovan on the job. Giddy up!

•   Amazon’s various tablets are on sale today if you want to get one on the cheap. #ad