The Bears Are Going to Manage Danny Trevathan's Work-Load, Which is Probably a Good Thing Skip to content 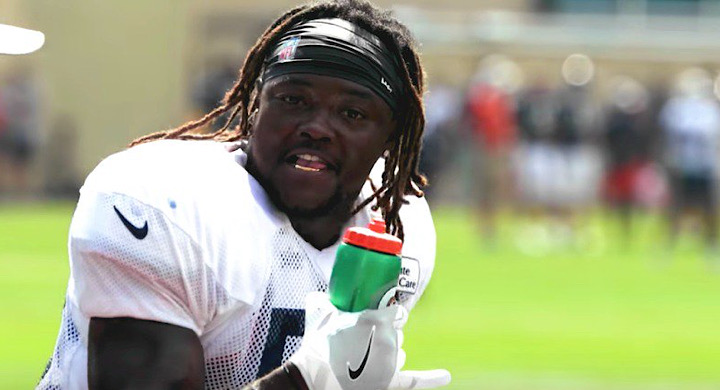 Danny Trevathan’s play has been a point of contention to this point of the season.

Hence, I found myself with arched eyebrows when I saw this tweet from 670 The Score’s Chris Emma:

Chuck Pagano indicated the Bears will continue to sub out Danny Trevathan in certain personnel packages and manage his workload during the season.

Said Pagano: "Our goal is to make sure that he can play 20 games this year."

Combing through coach-speak in an attempt to get a better idea of what a team will do schematically moving forward is a challenge. But because so many of these guys speak in code, it’s what we’re left to do from time to time.

At a minimum, the timing of this decision and the phrasing around it is curious. Is this about snap and work-load management for a veteran? Trevathan, 30, has 98 games over the course of nine seasons under his belt. Or is it more about schematic fits? The Bears played a fair amount of three-safety sets in Week 2 as they tried to hold off a pass-happy Giants bunch. It’s possible they could follow that approach against a Falcons team that loves to air it out. Could it be possibly be about protecting a player from over-exposing his weaknesses? Work-load management could be a fancy way of going about doing just that. I suppose it could be all of the above.

Whatever it is, Trevathan hasn’t looked right. His coverage abilities have looked off and the run defense hasn’t paid off in ways we’re used to seeing. It’s concerning to see Trevathan play poorly, especially after seeing how well he could play when he was healthy in previous seasons.

The Bears signed Trevathan to a multi-year deal in the offseason. By doing so, they chose Trevathan – a player with more experience and loads of intangibles – over a younger internal alternative in Nick Kwiatkoski. I imagine Chicago’s front office made this decision believing Trevathan still had some juice in his game. With that in mind, I’m open to the idea that the rough start to Trevathan’s season is a blip on the radar.

To be fair, that isn’t out of the question. Trevathan could still be trying to get his legs under him after missing the last seven games of 2019 with an elbow injury. Maybe that’s just me holding out hope for a player who is easy to root for and productive when healthy. Nevertheless, this situation is worth monitoring.