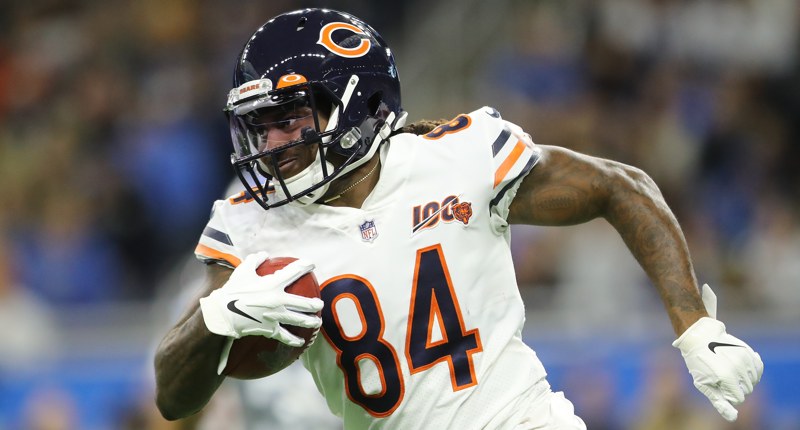 Checking in on the final baseball weekend of the year:

Sox-Cubs is gonna be electric this weekend with both fan bases currently wanting to punt their team into the sun.

May the Force be with us all.

•   The injury report for the Bears and Falcons tells the tale of two teams trending in totally different directions. Atlanta had eight players sitting out of practice. Meanwhile, Chicago’s only practice report blemish was seeing Khalil Mack (again) listed as limited because of a knee issue. The injury hasn’t slowed Mack from playing a significant work-load. But my preference would be to see him as a full participant. Then again, what he does in games is far more important than whatever can happen in practice.

•   On the other side of the coin, ESPN’s Vaughn McClure tweets Falcons all-world receiver Julio Jones is a game-time decision. Jones’ troublesome hamstring limited him against the Cowboys and kept him out of this week’s practices. Part of me believes Atlanta would be wise to hold Jones back a week and aim to have him a full-go for the season’s remaining 13 games. On the other hand, this is as close to a must-win game as one will get in late September. With that in mind, I wouldn’t be shocked if the Falcons deployed Jones as a decoy on Sunday. Stay tuned.

•   The Bears were among the teams who sat out practice earlier in the summer in a show of protest of racial injustice in America. So I’m not surprised to see players speak up after this week’s ruling in the case of Breonna Taylor’s murder:

•   As has often been the case this year, there is no easy transition from hard news to writing about sports. But there’s no more hiding hard news from sports. What’s real is real and impacts everyone.

•   Thursday Night Football proved once and for all that beards > mustaches. It also gave us some highlights:

Cam Robinson standing out with the best blocks by a Jags lineman all nightpic.twitter.com/6F8AzbEvF1

•   In a year in which officials are pocketing their flags at a rate that’s higher than usual, Jaguars offensive lineman Cam Robinson was tossed for THAT? I get it. I understand you shouldn’t come into contact with an official. But this is what happens when you enter a pile of linemen. Arms and legs get thrown everywhere. Knowing that, you’ve gotta use common sense judgment in that situation.

•   Gardner Minshew’s “under pressure” stats, via PFF: 47.6 passer rating and 4 sacks in 18 drop-backs. The Bears-Jaguars game won’t take place until Week 16, but there should be no excuses for Chicago to not win that game.

•   It’s early, but I think the Vikings miss Stefon Diggs:

•   It appears Josh Allen is taking the third-year leap many of us believed Mitchell Trubisky would take in 2019:

•   PAC-12 football is returning soon to a TV screen near you:

•   Giant TVs, shoes, workout equipment, and more are your Deals of the Day at Amazon. #ad

•   They’re cranking up the rumor mill over at BN Bulls after reports listed the Bulls being among the teams interested in free-agent-to-be Montrezl Harrell.

•   A heads up on the betting promos: you can get any NFL game this weekend at 100-1 odds at DraftKings, and you can get 15-1 odds on either the Chiefs or the Ravens on Monday night at FanDuel. Jump on these promos while they’re still trying to entice folks to get in. Each place does big deposit bonuses, too.