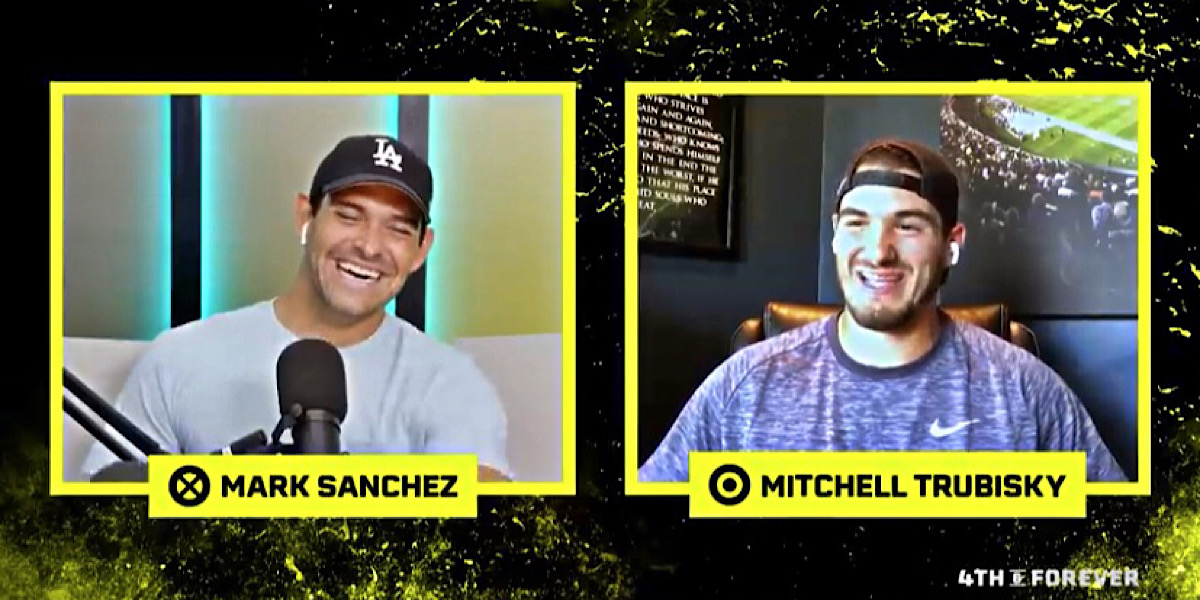 Mark Sanchez’s time with the Bears was short and largely forgotten.

HOWEVER, his impact could be felt for far longer depending on how Mitchell Trubisky develops.

Sanchez never appeared in a game for the Bears. But his role as QB3 in 2017 had him play the role of tutor, adviser, sounding board, and hype man for Trubisky during his rookie season. And on a recent episode of his podcast, Sanchez reprised his roles as hype man and sounding board in an interview with Trubisky.

This was a fun listen. Trubisky opens up on some topics he has lightly touched upon before. He shared more about how he reacted to the news the Bears were trading for Nick Foles. Discussed how his shoulder injuries impacted his game. And how he is fueled by what has been a wild ride to this point.

As for Sanchez, he’s unsure why Trubisky is under fire in the first place. Sanchez outlines Trubisky’s career map and makes some astute observations. He underscores how Trubisky was thrust into a tough situation as a rookie under John Fox, highlights his improvements as a second-year player under Matt Nagy, but seems to chalk up Year 3 as part of a battle with the learning curve. In the interest of fairness, Sanchez isn’t wrong with his perspective. He isn’t inaccurate with his portrayal of the situations Trubisky has gone through. It’s just that with other quarterbacks playing better through the learning curve has complicated how everyone views Trubisky’s development — for better or worse.

Give the podcast a listen before game time. In the meantime, let’s re-visit our favorite moment of the Sanchez era in Chicago: