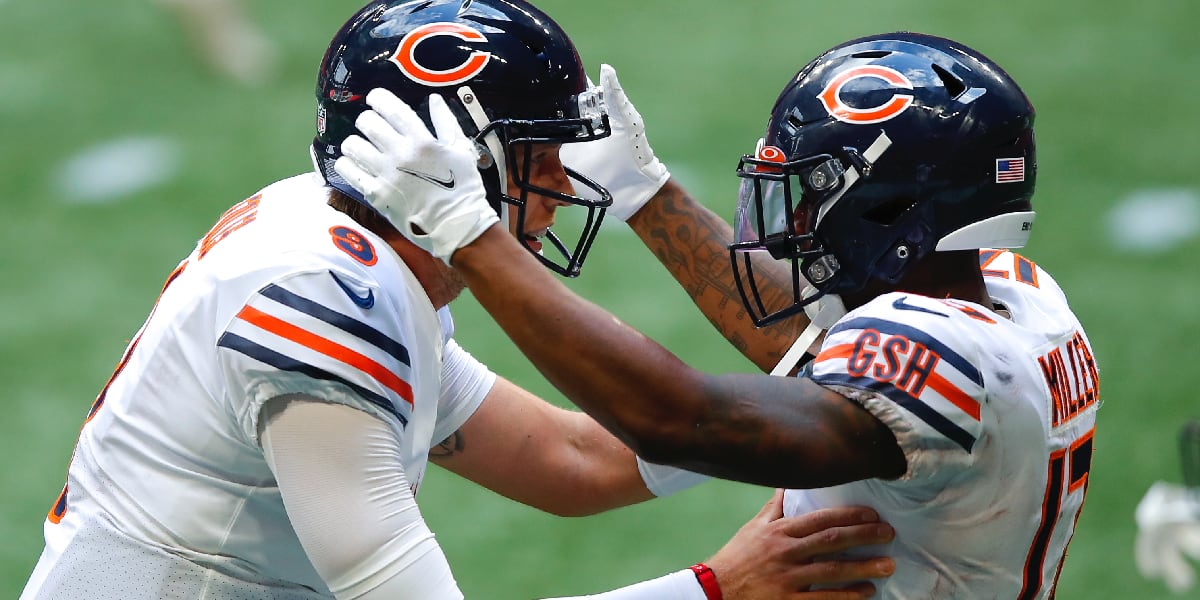 Not only was the Bears’ game-winning touchdown against the Falcons a breath-taking moment of suspense and joy for Chicagoans, it’s also the latest chapter in Nick Foles’ lore that you might otherwise think is a tall tale if you hadn’t seen it happen with your own eyes.

Here’s the story from NFL Network insider Peter Schrager, who spoke with some Bears people and unearthed a story from inside the huddle before the game-winning throw:

"In the 2-minute warning TV break, Nick Foles tells @AnthonyMiller_3, 'If it's an all-out blitz, you're running to the L in the ATL in the end zone, & it'll be a TD." Sure enough, it's an all-out blitz. You know the rest." –@PSchrags on @ChicagoBears comeback W. pic.twitter.com/JQkTDX3wbH

What happens next is the stuff you’d write in a script and some Hollywood exec laughs in your face because it’s too unrealistic. And yet, Foles defies logic and makes good on his promise.

For Foles to show off that situational awareness in the huddle is amazing foresight. Additionally, to have the pocket presence, arm strength, accuracy, and toughness to deliver while being drilled is something else. If I didn’t know any better, I’d say it was something out of a movie. Except it happened. And it happened in the Bears’ favor. That’s refreshing!

And to think, the Bears tried running that same play earlier — to a less desirable result:

So Nick Foles’ game-winning TD pass to Anthony Miller was the same play Mitch Trubisky overthrew to Miller at the end of the first half.

“I gotta make that throw in the first half, but I’m glad the guys finished if off in the fourth quarter and we got a win,” Trubisky said.

The line between securing the “W” and holding the “L” can be awfully thin.