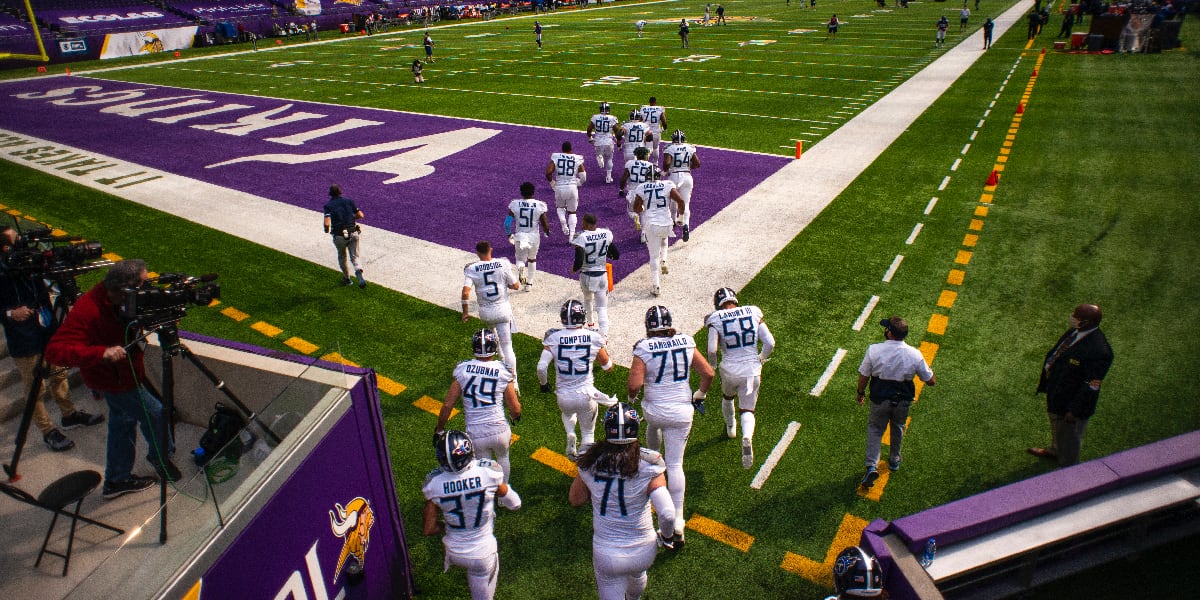 Now it’s the NFL’s turn to deal with positive cases of COVID-19 in-season.

Two days after the Tennessee Titans beat the Minnesota Vikings in their Week 3 matchup, both teams are suspending operations because of positive tests within the Titans organization:

The #Titans had three new player positives and five new personnel positives for COVID-19, sources tell me and @MikeGarafolo. Both Titans and Vikings, who hosted them Sunday, will suspend in person club activities starting today.

The Titans had three players and five other personnel test positive for COVID-19. As a result, in-person operations for both teams are suspended. Those players and personnel will quarantine, while anyone who was in close contact with them for extended period of times must test negative before re-joining team activities. To say this is a large and important hurdle for the NFL to clear would be an understatement.

A league source just texted me: "We are shutting Tennessee down until Saturday"
That means no Titans coaches or players can be in the building.

The NFL hasn’t had to suspend a game due to COVID-19 yet, but had a bit of a scare when Falcons rookie A.J. Terrell became the first player to miss a game because he landed on the reserve/COVID list before game day.

And while the Bears and Falcons played after contact tracing and testing revealed no further positives, shutting a team down until the weekend makes me wonder if Sunday’s Titans-Steelers game is in jeopardy. The other game that could be impacted this weekend is Vikings-Texans. But no Vikings players have reportedly tested positive for coronavirus to this point. And I imagine if that stands, then the game will be played as scheduled.

Even still … the NFL is set to walk a tight-rope as it goes about handling this situation.

The Titans will not be allowed in their building until Saturday. Everything will be done remotely.
This is going to be a big challenge for the organization and the league.

And here’s a joint statement between the NFL and NFLPA:

New from @nfl and @NFLPA pic.twitter.com/hyQQRdcp6D