Actually, it Doesn't Quite Sound Like Eddy Piñeiro Is Any Closer to Returning from IR Skip to content 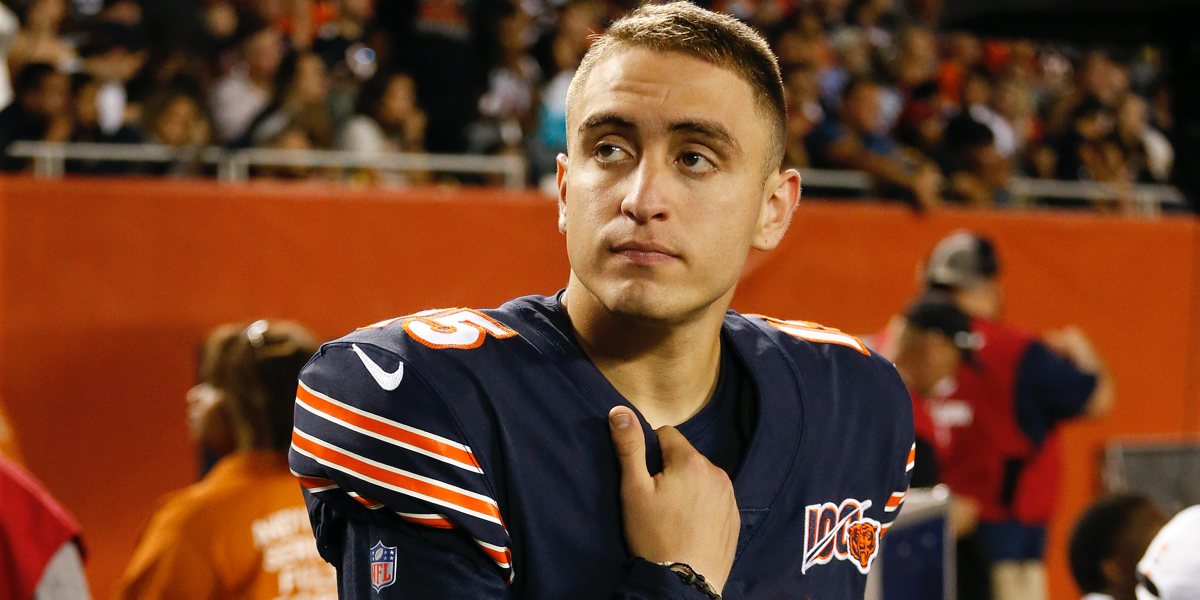 A tweak to Injured Reserve rules allow teams to bring players back to the active rosters after they have missed a minimum of three games. And with that in mind, it feels like a good time to remember that place-kicker Eddy Piñeiro is eligible to return as early the Bears’ Sunday game against the Colts.

The problem is that Bears Head Coach Matt Nagy doesn’t sound too confident in that happening:

"I think things are definitely better, I just don’t know good enough for this week yet. I can’t say for sure."

Ahhh, yes! Uncertainty around the kicking position is exactly what the Bears needed!

Piñeiro’s troublesome groin has been problematic since training camp. So on one hand, it’s a good sign that “things are definitely better” with Piñeiro’s groin. But Nagy feeling unsure about the situation suggests that Cairo Santos will remain as the Bears’ kicker. Well, at least for another week. And even if it’s for just one more week, I’m still uneasy about it.

After making his first five kicks (2 FGs, 3 PATs) in Week 1, Santos has missed field goal tries in each of his last two games. Recency bias aside, Santos hasn’t been an accurate kicker since his final full season with the Chiefs in 2016. Since the start of the 2017 season, Santos has made just 68.4 percent of his kicks. That’s not just far below league average, that’s flat out bad. And since we’re talking about a sample of 38 attempts over 22 games, it’s fair to ask why the Bears are rolling the dice with Santos in the first place.

The Bears clearly have faith in Santos to right the ship. But as someone who would prefer not to watch a competitive season sidetracked by a kicker (again), I think the leash should be short. Then again, it might be longer than I think. It all depends on how quickly Piñeiro can recover.