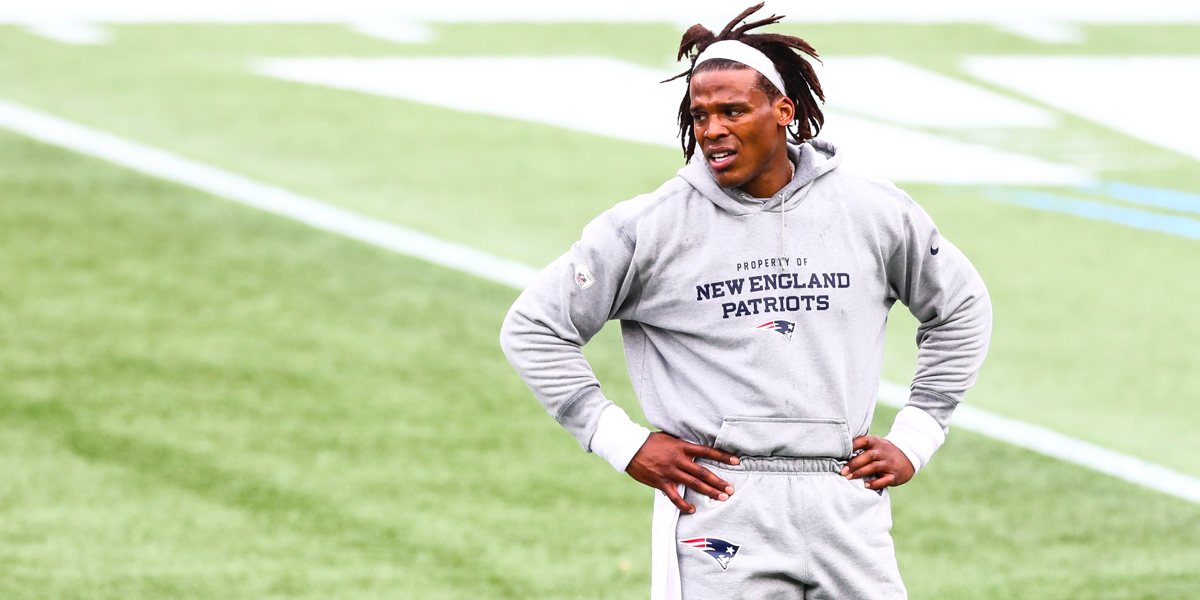 As the NFL world is still trying to get their hands around a Tennessee Titans COVID-19 outbreak that keeps adding players and personnel (reportedly three more this morning), there’s a new positive test, and it has major implications: it’s New England Patriots quarterback Cam Newton.

Per multiple reports and seemingly confirmed by a Patriots statement, Newton has tested positive for the virus and is out, but there hasn’t been team-wide spread detected:

Patriots have been doing mass testing and re-testing and, so far, there is no spread, per source. https://t.co/0XyCkixjgv

Of course, there was optimism last weekend about controls within the Titans organization and clearly that failed. Then again, the Falcons and Bears were able to play last weekend after an isolated case in the Falcons’ secondary. So we’ll stay tuned, and hopefully this positive is indeed limited to Newton and he winds up OK.

I’m told the Patriots sent the entire team home this morning and told the players to stay by their phones to find out when they are traveling.

As for the football implications, the Patriots will quickly turn to Jarrett Stidham or Brian Hoyer against the Chiefs tomorrow. From there, it’s up in the air who’d be under center next weekend against old friend Vic Fangio and the Broncos.

Patriots-Chiefs game is being postponed and is expected to be played Monday or Tuesday, per source.