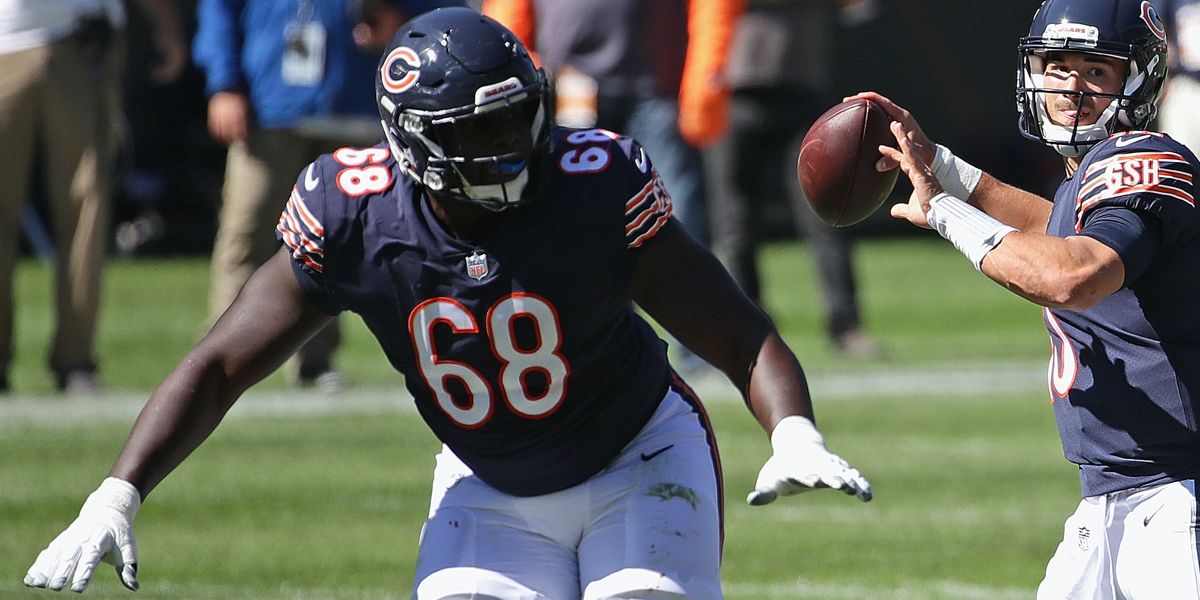 The switch from Mitchell Trubisky to Nick Foles, emergence of Darnell Mooney, and usefulness of Jimmy Graham have sparked a fair amount of optimism among Bears fans when talking about the offense. But make no mistake: an improved offensive line is at the center of the positive vibes that have popped up to this point.

In the middle of it all is James Daniels. The third-year lineman is paving the way in his return to the left guard spot. Daniels is Pro Football Focus’ 26th-highest-graded guard among 76 qualifiers. The eye test suggests a vast improvement over last year’s uneven showing when he split time between left guard and center. His pass-blocking could use some work, but Daniels’ 73.3 run-blocking grade ranks as the 16th best in the league.

And while a new scheme and a different approach from new position coach Juan Castillo are reasons behind Daniels’ improvement, weight training might be more responsible for the change.

“I feel like the [added] weight has helped me become better,” Daniels said via the Bears’ official website, referencing his bulking up from 300 pounds to 315. “Of course, I’ve had another year in the weight room, so I’m stronger. But adding on weight, I feel like it has helped me, and I don’t feel sluggish.”

Added pounds, weight-room work, and improved technique appear to have done wonders for the University of Iowa product. But he isn’t alone in being better now than he was in 2019.

Chicago’s offensive line is back to a place where its production can be considered a strength. Pro Football Focus ranks the Bears’ offensive line as the 11th best in football entering Week 4’s action.

Right guard Germain Ifedi (69.8) checks in as the 19th highest-graded guard in the league, per PFF’s metrics. Between them is Cody Whitehair’s 72.2 grade, which is the ninth best among centers. Meanwhile, tackles Charles Leno Jr. (76.4, 19th) and Bobby Massie (76.1, 19th) both grade among the top-20 at their position.

Or to put it another way, all five of the Bears’ starting offensive linemen rank in the top third of their respective positions. Hot damn, that is SUPERB news.