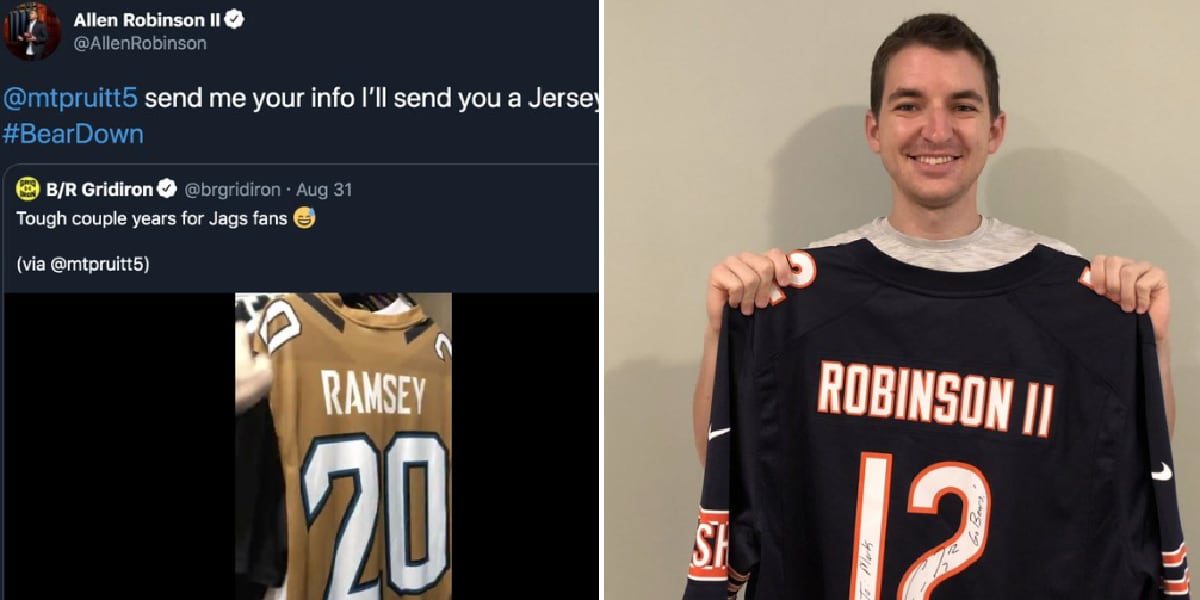 Because I spent a healthy chunk of my day ignoring things on my to-do list in order to watch college football, I was almost able to talk myself into thinking yesterday was a normal Saturday in October. I know better than to think that, but it was nice to make like a tree and leaf my responsibilities for another day.

•   What a difference an overnight sleep makes:

#Saints FB Michael Burton received an initial positive COVID-19 test and is being re-tested to confirm, source said. In addition, the team is testing his close contacts. https://t.co/K08KOjbOuj

The reported positive test on a Saints’ player was rerun and came back negative, per source. The Saints-Lions game is on.

•   The NFL postponed the Titans-Steelers Week 4 matchup to Week 7 due to an outbreak of positive COVID tests (up to 16) within the Titans organization. And on Saturday morning, it was reported that Patriots QB Cam Newton tested positive for COVID-19 and would miss Sunday’s game against the Chiefs. Ope! That game turned out to be pushed back to Monday or Tuesday, as Chiefs practice squad quarterback Jordan Ta’amu tested positive for COVID. So to see news of the Saints having a positive after flying to Detroit was troubling. But seeing the re-test come back as negative feels like a step in the right direction.

•   Tom Pelissero (NFL Network) notes that two of the 10 Titans players on the Reserve/COVID-19 list are their lat two first-round picks. Obviously, contracting the coronavirus is not good. But this is also awful for player development. I hope everyone can have a speedy recovery.

•   Some more movement in the right direction for the Chiefs and Patriots:

All New England tests taken again this morning, after the negative tests on Saturday, came back negative again for a second straight day, source tells ESPN.

Best-case scenario for the Patriots and the NFL so far.

The current plan, pending the results of point of care tests, is for #Patriots–#Chiefs to play on Monday, sources tell me and @TomPelissero. It’s the preference from both teams, and there have been no additional positives so far, which is a positive sign.

•   I’m reserving judgment on how the NFL handles this crisis until further notice. Although, I can’t shake the feeling that so much of this could’ve been avoided had the league used its offseason to come with a contingency plan to create Bubble environments rather than try to thread the needle in the middle of a pandemic.

•   On a lighter note, Allen Robinson is the best:

This Jaguars fan posted his jersey collection of players who've left the team when Fournette got cut.@AllenRobinson wanted to hook him up with a current jersey.

•   I’m going to miss watching Cohen juke, jab-step, and scamper around the field for the rest of the season. And don’t kid yourself … you’re gonna miss him, too.

•   Calling up Tyler Bray from the practice squad for Sunday’s game raised some eyebrows, but we eventually got answers. Kinda:

To make clear, no cause for alarm or surprise with the Bears QBs.

Per source, with Nick Foles as the team’s starter, and Mitch Trubisky as his backup, Tyler Bray was flexed up to the active roster to be the 3rd QB. https://t.co/zn2UzvyuFY

•   News of the call-up naturally led some folks to go off the rails with unfounded rumors of different varieties. And while those were put to bed, we still don’t have an explanation as to why the Bears are using one of two available extra spots to roster a QB who won’t be active.

Trubisky or Foles? Foles or Trubisky? Amidst all the conversation, there's one name that's been left out for far too long — Tyler "All Day" Bray.

•   Kevin Fishbain’s ability to unearth fun nuggets makes him one of my favorite follows:

One other Tyler Bray thought/fun fact: The only time Nick Foles started a game with Matt Nagy (2016 in KC), Bray was the backup — Alex Smith was injured. Today’s move could simply be about having Bray as the No. 3, on the sideline and providing support for Foles’ first start.

•   The NFL fined Akiem Hicks because he isn’t above the laws of gravity:

•   Defensive lineman Mario Edwards was a late addition to the injury report. A foot injury has him listed as questionable to play against the Colts.

•   I still expect the Packers to handle the Falcons, but their injury report for Monday Night Football is lengthy:

•   What in the world is going on in the land of the Vikings?