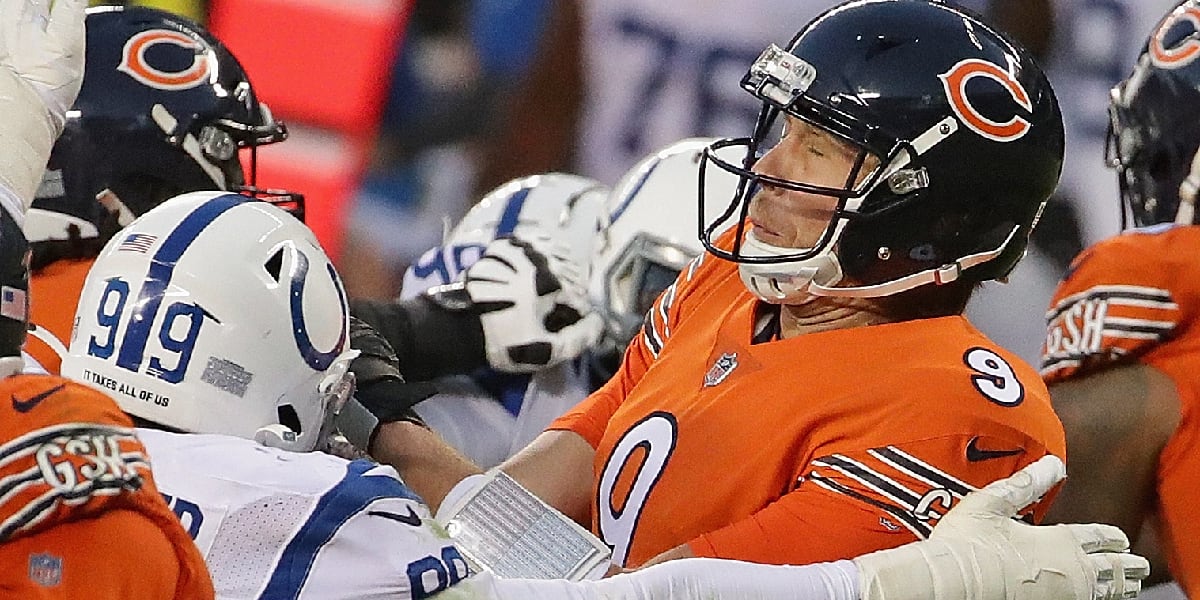 Nick Foles entered Sunday’s game with a complete grasp of the offensive system and a solid understanding of his role as a distributor, while riding a wave of confidence after leading a come-from-behind win in Week 3. And yet, none of it mattered.

On Sunday, all of Foles’ limitations were on full display.

He throws a “pretty” deep ball, but the arm strength limits its potential. Obviously, throwing-power isn’t the be-all, end-all when it comes to quarterback assessment. However, there were a handful of throws that left me wishing the Bears had someone who could put a little oomph behind a pass. Squeeze something into a tight window with a little zip.

With that being said, the six-quarter sample of Foles so far indicates that he very likely can NOT be trusted to be the Bears’ long-term answer. A bridge to something better? Sure. I can see it. But the answer in 2021 and beyond? Nah. That ain’t it.

Things should’ve looked different on Sunday, but they didn’t. The offense had a far too familiar look. The running game was unable to get rolling, because the offensive line was losing at the point of attack. The passing game struggled, because of scheme concepts, play-calling, an inability to create separation, and drops in moments when guys were open.

Foles was expected to make Nagy’s play-calling look better. He didn’t. His accuracy was supposed to be an asset. It wasn’t. But more than that, Foles proved that his arrival wasn’t some instant panacea. His presence isn’t a cure-all for an offense that lacks steady point-scoring potential. And while some of his previous feats are the stuff of folklore, past performance doesn’t guarantee future results.

As far as I’m concerned, acknowledging this now, right away, is a good thing. Let’s rip the band-aid off, deal with the consequences, then figure out how to feel better later.

For the time being, the Bears will ride with Foles. And while they do that, we’ll check in with potential draft picks toiling away on college campuses, keep our eyes open for trade and free agent possibilities, and be attentive to what (if anything) happens on the rumor mill. There is plenty of time before we have to cross the bridge. But at least we know that we must do it at some point.