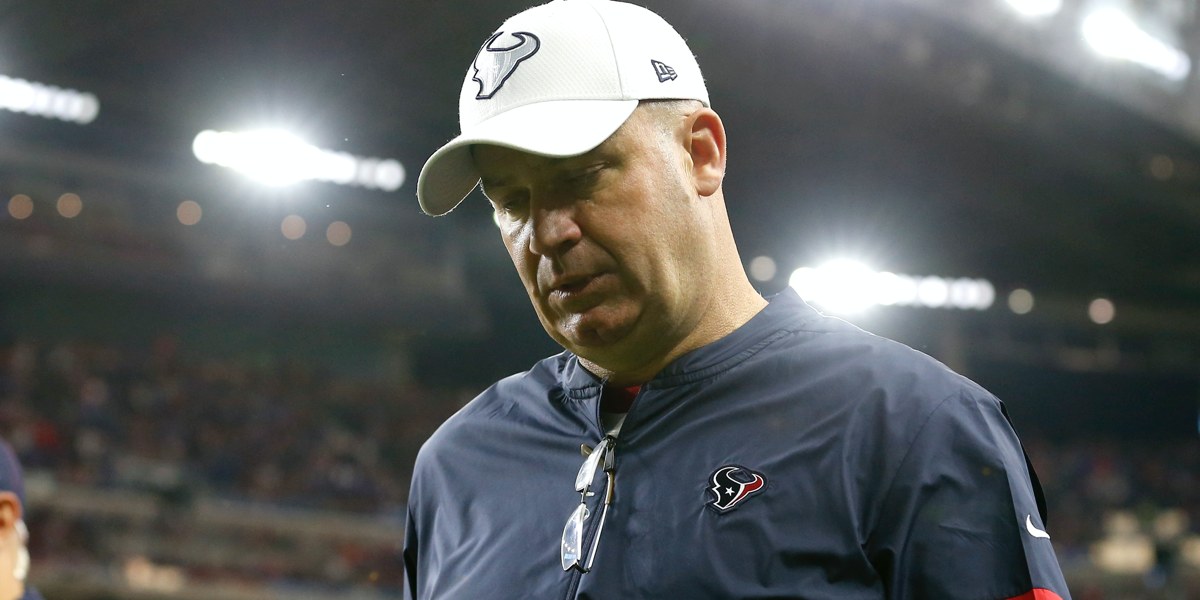 An 0-4 start with Deshaun Watson under center wasn’t cutting it in Houston.

Somebody had to pay the price for extreme under-performance. And as one would expect, it started at the top:

Texans fired HC and GM Bill O’Brien, per @DanGrazianoESPN and me.

ESPN’s Adam Schefter and Dan Graziano report Bill O’Brien has been fired by the Texans. And with that, Houston’s head coach and general manager are out the door.

O’Brien has made a share of head-scratching personnel moves in recent years. He dealt first-round picks in 2020 and 2021 to acquire left tackle Laremy Tunsil, then turned around and gave him a hefty contract extension. O’Brien also traded away star receiver DeAndre Hopkins in a deal that sent Watson’s top target packing. Sure, the Texans have won the AFC South in four of the last five years under O’Brien’s guidance. But his personnel moves and coaching decisions have been widely mocked in recent years. And because it’s easy to point at them as reasons why the Texans are off to an 0-4 starter, it’s clear as to why ownership pushed O’Brien out the door.

It’s a shame the decision couldn’t wait until after the season, as the Bears will host the Texans in Week 14.