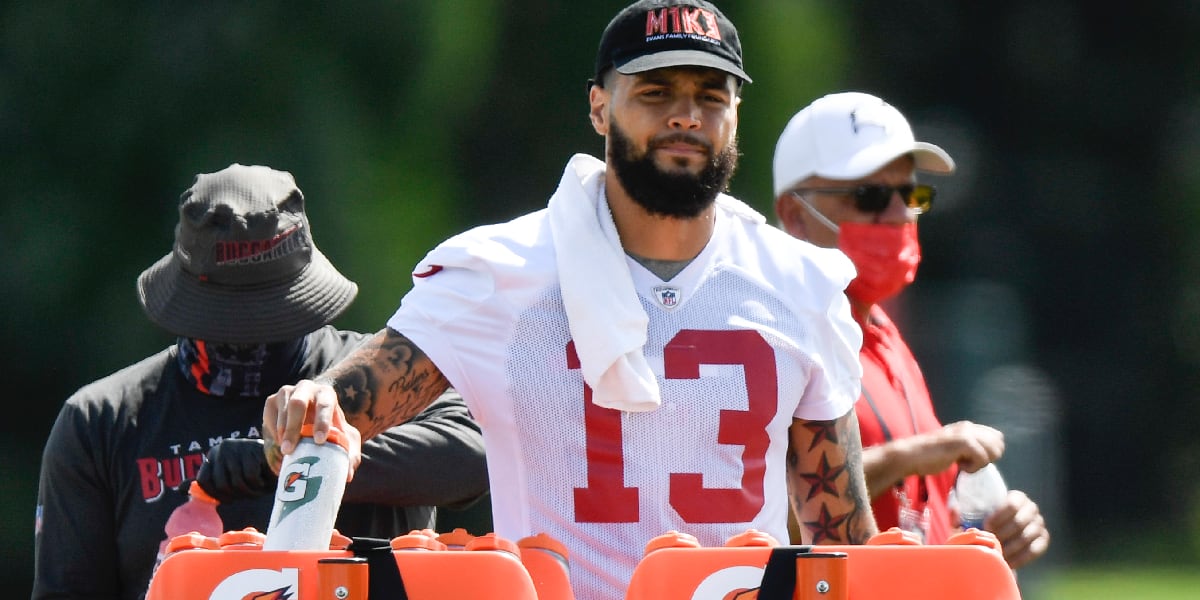 The turnaround from playing on Sunday to suiting up for Thursday Night Football makes for messy injury reports.

Between now and Wednesday, the Bears and Buccaneers will release estimated injury reports and designations that will come out after team walk-throughs. And the early diagnosis from Bucs camp won’t be welcome news to Tom Brady:

The Buccaneers’ first estimated injury listed top receivers Chris Godwin (hamstring) and Mike Evans (ankle) as non-participants. Same for running backs Leonard Fournette (ankle) and LeSeaon McCoy (ankle). Tight end O.J. Howard (Achilles) did not practice and will not play for the rest of the year after landing on injured reserve.

Because of the quick turnaround, the status of Godwin, Evans, and others will be viewed as up-in-the-air. It doesn’t take much to envision a scenario where any of those players suit up and play a controlled number of snaps. Nor does it take much in mental gymnastics to imagine any of those aforementioned studs used as a decoy. HOWEVER, it would be sensible if the Buccaneers sat any of those players with long-term health goals in mind.

And if that were to be the case, I wouldn’t mind it one bit. After seeing how Sunday played out for the Bears, I’m convinced they could use every bit of help they can get.

As for the Bears, Khalil Mack (knee) remains a limited participant in practice. Even estimated practices! But there’s still no reason to believe he won’t play on Thursday.