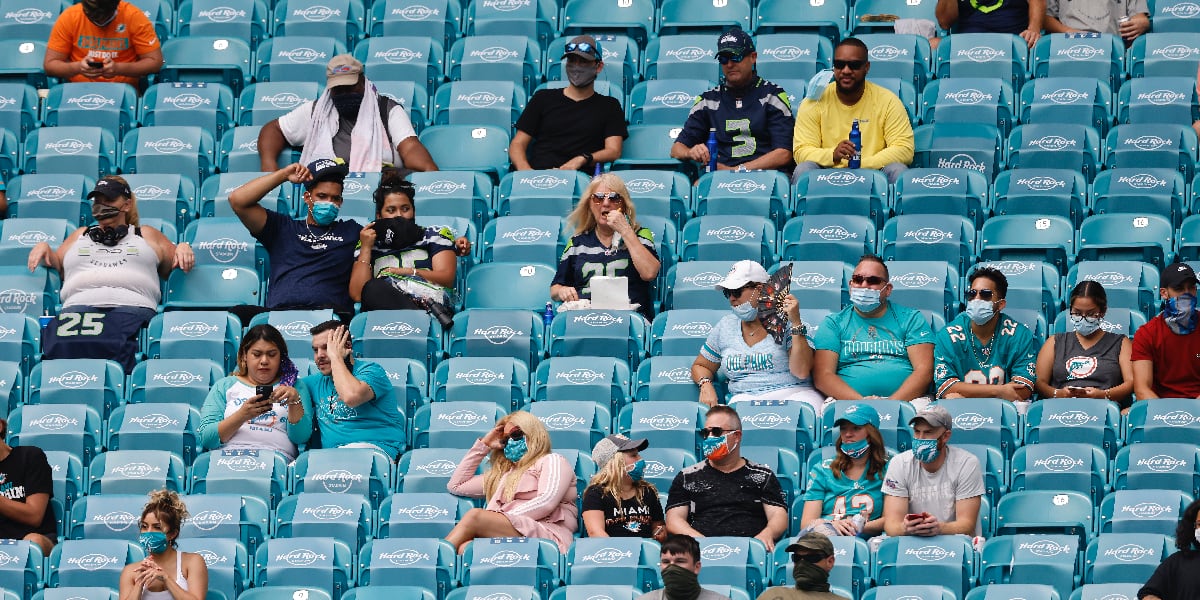 The COVID-19 pandemic has limited fans’ ability to attend sporting events in 2020.

But in Florida, those restrictions are being lifted:

SLATER SCOOP: Miami Dolphins have been given clearance to go to full capacity of 65,000 fans at Hard Rock Stadium, Gov. DeSantis’ spokesperson tells me.

The team, though, says their current plan of 13,000 fans remains the same for their next home game on Oct. 25.

Andy Slater reports the Miami Dolphins have been given the OK to open Hard Rock Stadium at full capacity. But for what it’s worth, the Dolphins maintain they will stick with their current plan of hosting games with a max capacity of 13,000 fans for their upcoming home game against the Chargers on October 25. Hard Rock Stadium holds 65,000 fans and featured a paid attendance of 62,417 at Super Bowl LIV.

It’s worth noting the Dolphins home stadium isn’t the only one covered. Every other sports facility in Florida, has been given the green light to open to full capacity. And since the Bears are scheduled to take a trip to Jacksonville to play in Week 16, it’s worth keeping an eye on what’s happening in Florida. That game isn’t for another 81 days, and so much can happen between now and then. And with that in mind, I won’t worry too much about it. But I suppose that, if you wanted to see the Bears in person and escape the Chicago winter for a few days, then I reckon that Week 16 will be your best opportunity.

I’d strongly consider if it was worth it, however.