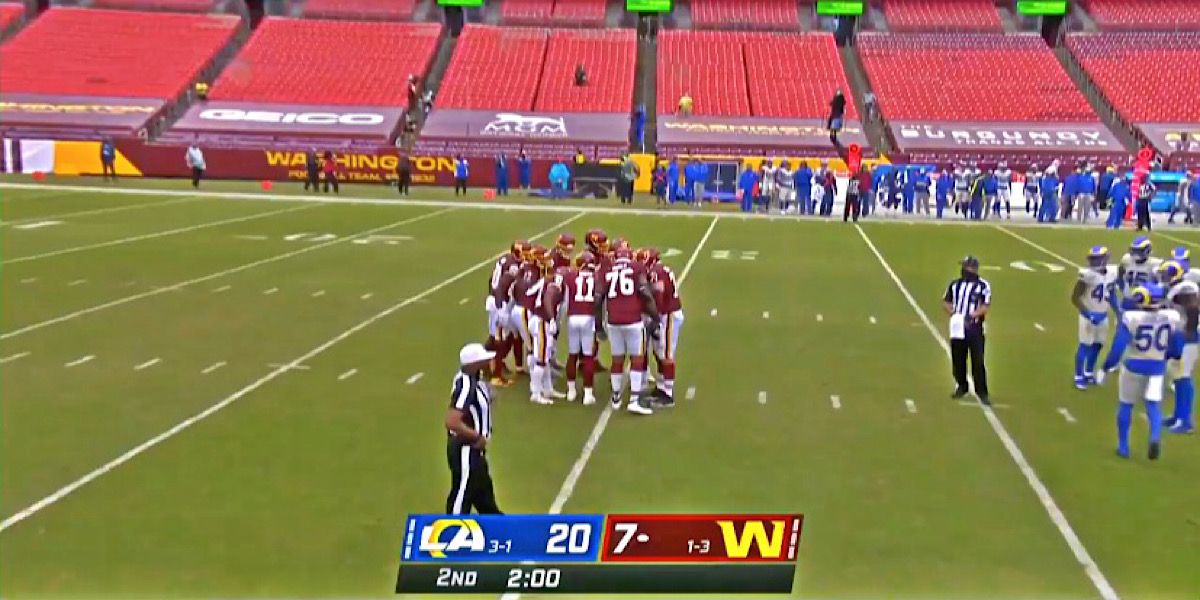 One of the most improbable comeback stories in recent football memory is unfolding in front of our eyes in Week 5.

Against all odds, Alex Smith is back:

There was an early belief in some corners that the leg injury he suffered in November 2018 wasn’t going to be a career-ender. But watching it in real-time and reading up on the odds of a return made it feel as if we had seen Smith’s final snap. Instead, Smith returns to the field more than 690 days after that gruesome leg injury ended his 2018 season.

The unexpected comeback tour started in August when Washington’s medical team cleared Smith to come off the physically unable to perform list. From there, Smith made the climb up the depth chart from being behind Dwayne Haskins and Kyle Allen. And ultimately, after Haskins’ demotion and an injury to Allen, Smith is back.

And he already has one completion under his belt:

I’m not sure how this comeback story ends. But I know better than to bet against Smith.