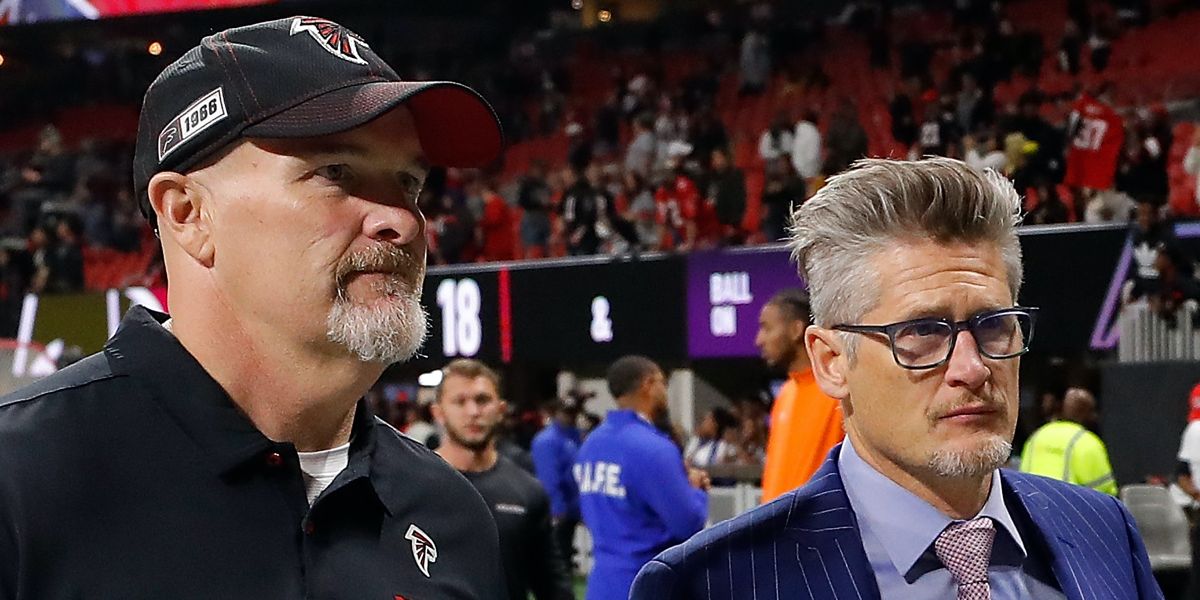 It felt like it was only a matter of time before Dan Quinn was shown the door after his Atlanta Falcons started 0-5.

As it turns out, General Manager Thomas Dimitroff wasn’t far behind his head coach.

A full and complete house-cleaning is underway in Atlanta:

Falcons fired Dan Quinn. He now becomes the second HC in a week to be dismissed.

Quinn and Dimitroff were on the hot seat entering the season. Because if back-to-back 7-9 seasons wasn’t enough, a winless start through five games would certainly turn up the heat. That the Falcons lost a bevy of close games – including one to the Bears – didn’t matter. They were a hot mess express coming into the Bears game and things haven’t gotten better. “Close, but no cigar” doesn’t get you much these days. Not in a league like the NFL where the demands are high. And certainly not with a franchise like the Falcons, which was so close to winning a Super Bowl under the Dimitroff-Quinn regime. Unfortunately, it’s been all down hill for Dimitroff, Quinn, and Atlanta’s football team since taking a 28-3 lead in Super Bowl LI.

Despite being winless, the Falcons gig is one of the most attractive in the league. Because in addition to being well-positioned to land a premier draft pick, Atlanta is loaded with offensive talent (Julio Jones, Calvin Ridley, Russell Gage) and an intriguing potential trade chip (Matt Ryan). Stay tuned.