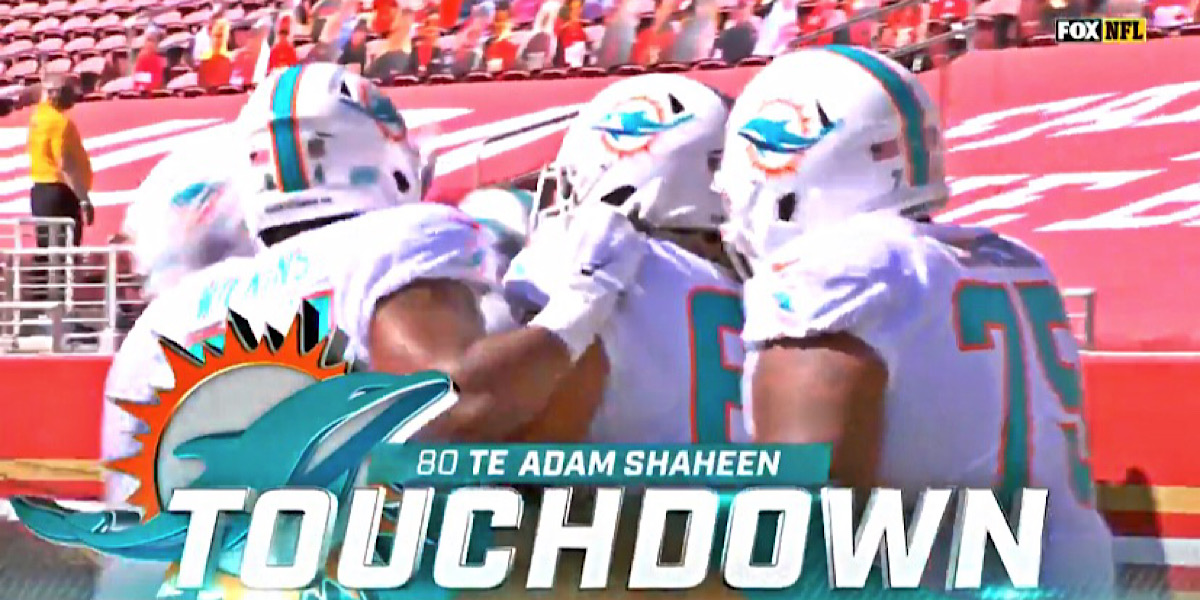 The year 2020 has been full of surprises, with the latest being an Adam Shaheen touchdown reception.

Ah, man. That’s exactly how we envisioned the Bears using Shaheen in Chicago. Instead, injuries played a role in Shaheen never realizing the potential that came with someone with his size and skill set. And ultimately, because of the Bears’ win-now operating window, GM Ryan Pace traded the 2017 second-round pick for future draft considerations.

There might be some Bears fans who scoff at the sight of a Shaheen score. But the conditional draft pick coming from Miami to Chicago could depend on how much (and how well) Shaheen plays. So, if anything, Bears fans should be rooting for some more Ryan FitzMagic connections with Shaheen moving forward.

So for the sake of draft positioning, May that score be the first of many for the ex-Bear.