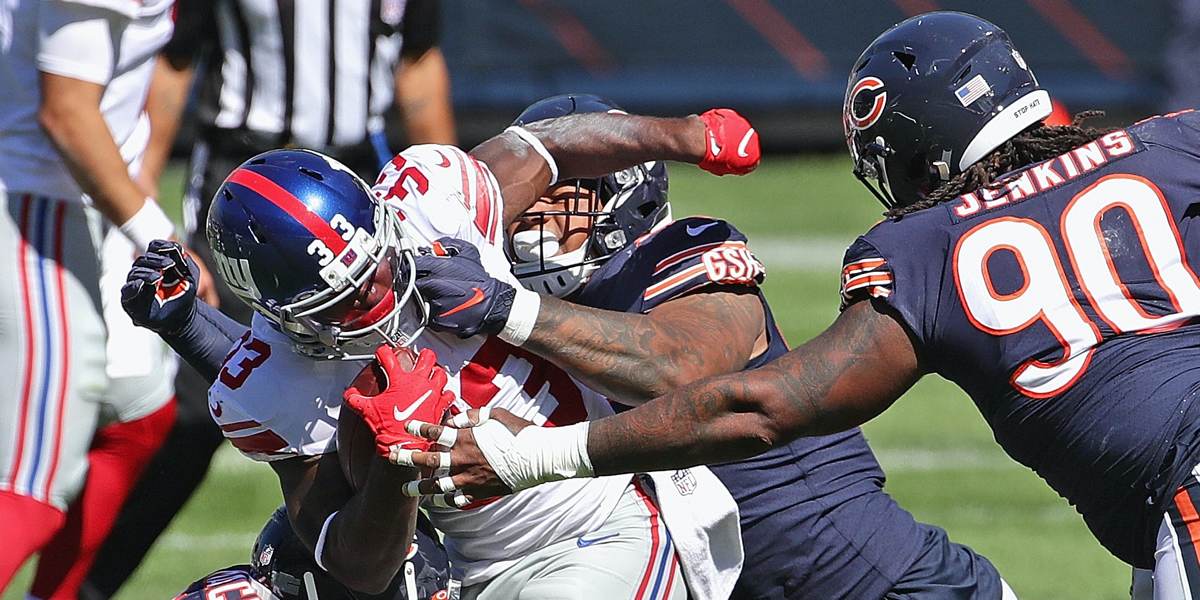 The Chicago Bears’ rush defense hasn’t lived up to its preseason billing, let alone its true potential, through the first five games of the season.

And so watching the Bears run defense (or lack of it, in some cases) has been mostly painful – a noted weakness in what is otherwise a team strength. And while it has been a cause for concern to the point where the team has explored potential impact free agents, the front office has decided instead to add at the margins. It may not be as helpful as we’d like, but a key reinforcement is making his way back into the fold:

#Bears have designated NT John Jenkins (thumb) to return from injured reserve. That means he is eligible to begin practicing.

Jenkins has been on IR since he suffered a thumb injury in the Bears’ Week 2 win against the Giants, but can now practice again after serving the minimum three weeks on IR. If things go well, he could return to the active roster as soon as Sunday.

Jenkins, 31, entered the year as one of two true nose tackles on the team. But with Eddie Goldman opting out of playing in 2020 due to concerns about COVID-19, Jenkins remains as the team’s top option at the position. Roy Robertson-Harris, Bilal Nichols, and Brent Urban have handled the bulk of the snaps alongside Akiem Hicks in Jenkins’ absence. Adding another body to the bunch could help matters, even if it isn’t a cure-all.

Mind you, that even though Jenkins can return this week, it isn’t guaranteed. Just because a player can get back in the game doesn’t mean he’ll do so immediately. So stay tuned and let’s keep an eye on Jenkins’ status as the week progresses.