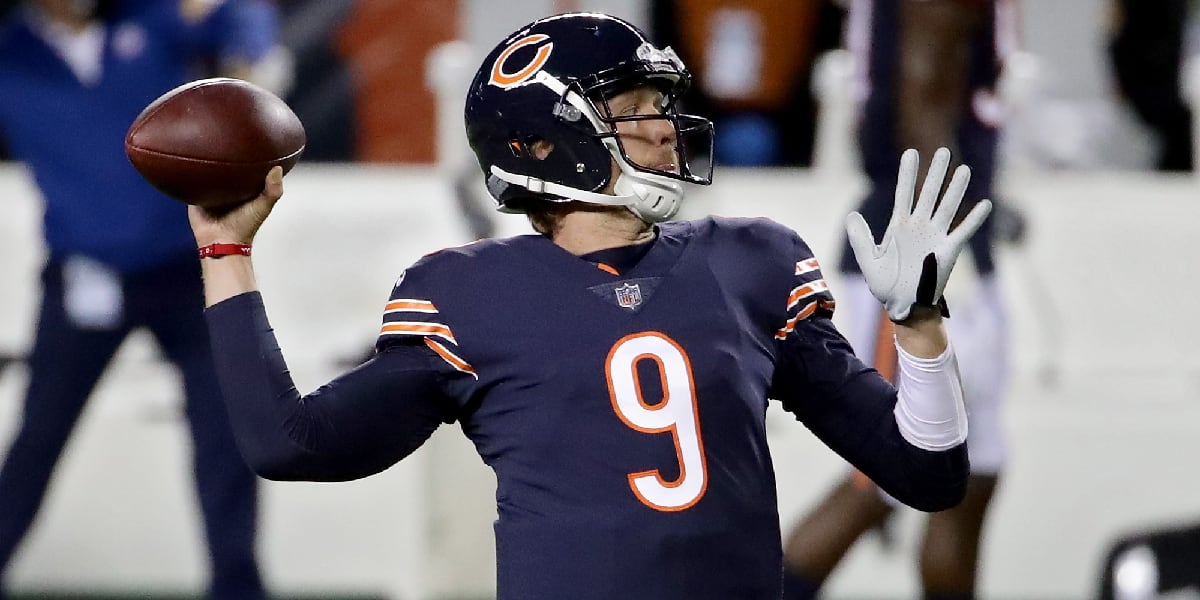 Five games is enough of a sample to allow ourselves to start dreaming about the Chicago Bears in the playoffs.

Because even with an offense performing so inconsistently that the team needed a quarterback change to ensure a 3-0 start and a bend-but-don’t-break defense that’s doing a little more bending than I’d like to see, the Bears are still well-positioned to make a real push for the playoffs. That’s just the nature of starting off 4-1 in a 16-game season.

But before we get to assessing the Bears’ postseason hope, let’s check out the standings:

By virtue of their hot start, the Bears are legitimately in the thick of the playoff hunt.

This isn’t like last year when they were looking at a handful of teams ahead of them in the standings and hoping they’d knock each other out, thus allowing the Bears to sneak in through some back-alley shenanigans. Banking early season wins allows you to control your own destiny. And that’s what the Bears are doing. That they’re doing it while winning ugly is beside the point. Chicago’s football team is taking care of business and the result is a rosy outlook after five games.

Check out the latest from FiveThirtyEight, whose forecast based on 100,000 simulations of the season paints an optimistic picture for the Bears’ playoff hopes:

I love having optimism on a Monday morning, and FiveThirtyEight has me feeling it with its projections. Not only does it provide an optimistic assessment of the Bears’ playoff chances, giving them a 72 percent chance to make it. They’re doing so while giving the Bears a 10-6 record in the process.

I hope you’re digging this as much as I am, because it’s been quite the road for the Bears to get here. Before the season started, the Bears made the playoffs at just a 48 percent clip based on FiveThirtyEight’s simulations. And their projected record in those seasons was 8-8. But beating the Buccaneers last Thursday to secure a 4-1 start boosted their odds from 63 percent to 72 percent. That was an important swing game, to say the least.

To be clear, Chicago still has a ways to go before it can punch a ticket to the postseason party. But they’ve put themselves in the conversation with this start. Here’s to keeping the good times rolling.