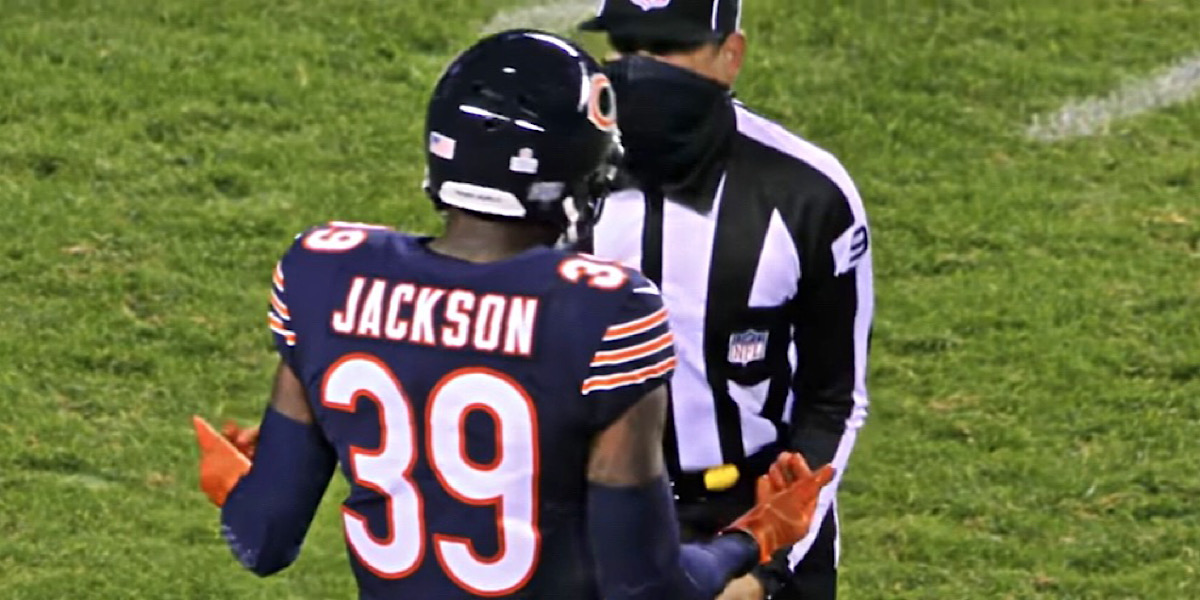 Everything from how he attacks the ball in the air, to the angles he takes to ball carriers, to the swagger he brings to the huddle and hype he brings to the mic is what you want from a top-tier safety. And in addition to bringing the juice in the Bears’ win against the Buccaneers on Thursday Night Football, Jackson got to live out my dream of calling out refs for goofing up on calls that go against Chicago’s football team.

Eddie Jackson was all of us on Thursday when Kyle Fuller forced a fumble and referees originally ruled it as an incomplete pass. Jackson was every defensive back ever when he razzed a ref while asking for an offensive pass interference call against Buccaneers tight end Cameron Brate on behalf of teammate Danny Trevathan. And I feel as if Jackson nudging a ref suggesting he was giving preferential treatment to Tom Brady was done on the behalf of those of us who have watched Brady get favorable and conveniently timed calls over the years.

In the end, Jackson got the last word as he and his teammates secured a win.

Just a suggestion: The Bears should put a mic on Jackson every week. It would make for incredible #content.