Should the NFL Make Tuesday Night Football a Thing? Bell Sweepstakes, Ticked-Off Titans, and Other Bears Bullets Skip to content 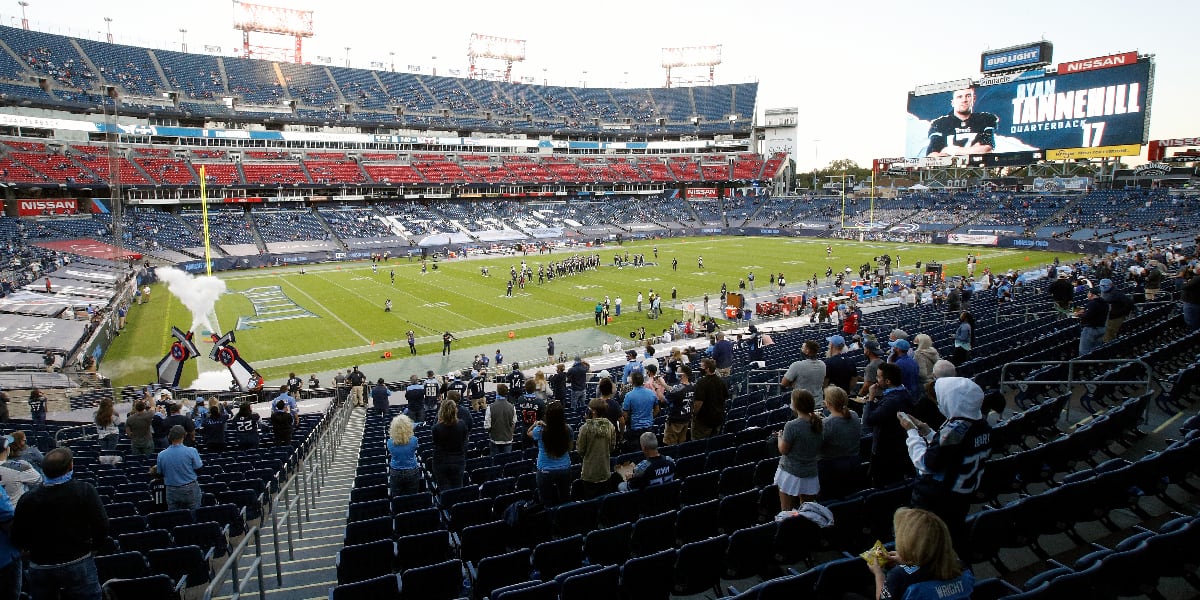 Do you ever tell yourself (or your friends … or other people) that you don’t have time for X, Y, or Z, only to remember that you’re living during the time of a global pandemic that keeps you at home for extended stretches, and thus, gives you more time to do stuff you said you previously didn’t have time for?

•   Something to keep our eyes on as we turn our attention to Bears-Panthers this week:

The Panthers have entered the NFL’s intensive protocol after Falcons rookie defensive tackle Marlon Davidson was placed on the reserve/COVID-19 list.

As of Wednesday morning, Carolina has not placed a player on the reserve/COVID-19 list, making these precautionary measures.

•   This seems like a procedural measure an NFL team can take to show that the league is doing something regarding precautionary measures. And in that vein, I suppose that’s a good thing since the Panthers are just a few days removed from playing the Falcons. Carolina hasn’t put anyone on their roster on the reserve/COVID-19 list, which is another piece of good news here. Nevertheless, we’ll be on top of it.

•   At the risk of being a prisoner of the moment, I’m all in on Tuesday Night Football becoming a thing. Heck, I’d opt for Tuesday becoming the new “T” in TNF and replacing Thursday Night Football. Maybe that’s a little extreme, but hear me out. On one end, playing a Tuesday game gives a team an extra day of rest going from one Sunday to the following Tuesday. And on the other end, I feel as if going from Tuesday to Sunday is a better turnaround for players than it is to go from Sunday to Thursday. Call it a hunch. This probably needs to go to the NFL offices and then to the NFLPA before it could gain traction. HOWEVER, I’m truly intrigued by the idea of adding another football-watching date to my calendar.

•   “I am not looking forward to the Bears run defense facing Derrick Henry” is a thought I had while watching football on Tuesday:

•   Speaking of running backs, here is a data set that makes me want to pump the brakes on the idea of bringing in Le’Veon Bell:

Since arriving to the Jets in 2019, Le'Veon Bell has averaged just 4.1 yards per touch, 2nd fewest in the NFL over that span among players with 200 touches.

Before arriving to the Jets, Bell's 129 scrimmage yards per game were the most in NFL history. pic.twitter.com/E4ttdLu3Un

•   ESPN’s Dan Graziano tweets the Bears “make some sense” as a landing spot for Le’Veon Bell — who is suddenly an attractive shot-in-the-dark after reaching free agency. And in answering a question about where Bell ends up, free agent safety Tony Jefferson mentioned the Bears as one of three possibilities. None of these are concrete reports. But if enough people mention it as a possibility, I feel as if it’s worth keeping in the back of our mind.

•   FWIW: Bears-centric Bell rumors have been a thing since February 2019. Is this one of those “where there’s smoke, there’s fire” things? We’ll stay tuned to find out.

•   If not Bell, then perhaps Chris Emma (670 The Score) is onto something in believing that Lamar Miller’s time in Chicago could be around the corner. The Bears signed Miller to the practice squad earlier this month as an insurance policy after Tarik Cohen’s season-ending knee injury. Miller is a little more than a year removed from an injury of his own. But he was a Pro Bowl performer the last time he was fully healthy in 2018, which makes him one heck of a fall-back option.

•   And while rumored potential Bears targets are on our mind, here’s some analysis from urban wordsmith Clifford “Tip” Harris a.k.a. T.I.:

•   I understand why Tip feels how he does:

#Falcons QB Matt Ryan has not thrown a TD pass since he tossed a 1-yard TD to Hayden Hurst in the first quarter of the #Bears' game. He's gone 11 quarters without a TD pass.

•   Elsewhere in the NFC South, the Saints are in quite the situation:

Greg Bensel 1/2: "LSU has been gracious and enthusiastic regarding hosting our future games and we very much appreciate their partnership. We have also discussed the possibility of moving our home games to LSU with the NFL and they are aware of our exploring this option." https://t.co/ot0IyjTKCd

Greg Bensel 2: "Obviously, our overwhelming preference is to play our games in the Mercedes-Benz Superdome with partial fan attendance but there has been no indication from the city on when, or if, this might be approved." https://t.co/ot0IyjTKCd

•   It’s wild that the Saints are considering playing their home games in Tiger Stadium at LSU. But because New Orleans ‘ mayor continues to keep fans from attending games at the Superdome, the Saints are looking for alternatives.  Are the Saints or the league that desperate for a small up-tick in cash flow to get a minimum number of fans in stands? Is it that serious?

•   The first injury reports of the week will drop later today. From there, we’ll have a better sense of whether or not Panthers running back Christian McCaffrey will return to the lineup. If he can’t, then we’ll be on alert for a Mike Davis revenge game:

•   The Bears’ release of Mike Davis allowed them to net a fourth-round pick, which was ultimately used to acquire Nick Foles. So … that’s a net positive, right?

•   What do these data points mean to you as a Bears fan?

64.4% of Nick Foles' passes this season have been thrown in less than 2.5 seconds (3rd highest in the NFL)

34.7% of Mitch Trubisky's passes were thrown in less than 2.5 seconds (lowest in the NFL)#Bears pic.twitter.com/ujovefHfRe

•   To me, I see one quarterback quickly processing information and getting the ball out while the other doesn’t.

•   Protecting Nick Foles is important. So much so, we explored possibilities on how the Bears could replace an injured James Daniels. For what it’s worth, Offensive Line Coach Juan Castillo has faith in the team’s in-house options:

"We have two capable guys." – Juan Castillo on Alex Bars and Rashaad Coward as replacements for James Daniels. Bars replaced Daniels during the Week 5 win.

•   On the other side of the ball, Chicago’s secondary is #elite:

Bears DBs coach Deshea Townsend was discussing how effective Kyle Fuller and Jaylon Johnson have been as a CB tandem when he said, “You’re not seeing a bunch of touchdown passes.”

Fun fact: Mike Evans’ TD last week was the only one the Bears have allowed to a WR in 2020.

This was OL coach Marc Colombo's answer when asked about Andrew Thomas getting beat on inside moves: pic.twitter.com/HaK6tTFCYE

•   I love watching these every week: