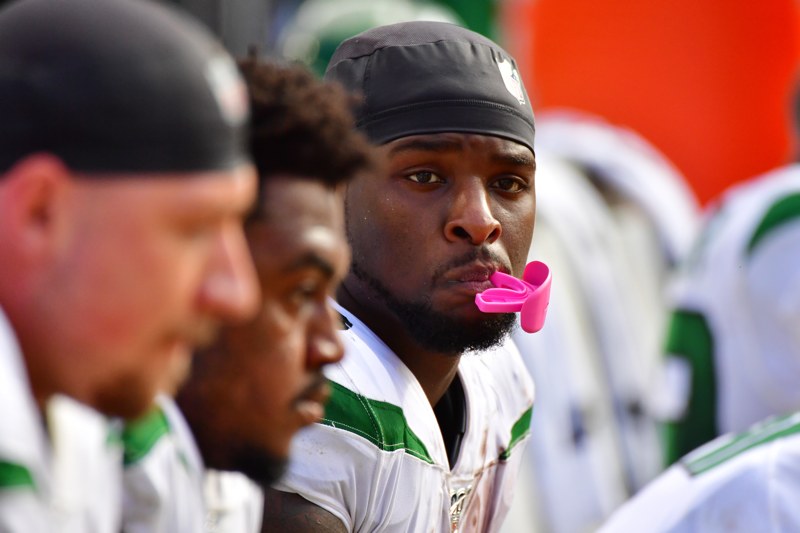 You can still hold out hope for a last-minute change of heart, but whatever pursuing the Chicago Bears did or didn’t do over the last 16 hours with Le’Veon Bell, it hasn’t been fruitful.

Per Jeremy Fowler, there are three primary teams left standing, none of which are the Bears:

Le’Veon Bell currently plans to sign with one of three teams, per source: Dolphins, Chiefs, Bills. Barring change, Bell will decide among these teams as early as today. Steelers reunion unlikely at this point.

A reminder that Bell’s salary for this year is already being eaten by the Jets, so he’s likely to be signing for the vet minimum wherever he goes. He’s just choosing the best fit for himself and, I’d imagine, his hope for another contract after this year.

So, then, it’s hard to fault Bell too much on the Chiefs, because even if he’d be sharing touches with rookie Clyde Edwards-Helaire, that’s such a potent offense that he might get plenty of action. And wouldn’t you want to play with Patrick Mahomes?

It’s also hard to fault Bell on the Bills, where he’d definitely see a lot of action in that back field, and it’s a playoff-bound team where he could actually help next-level that offense a bit.

As for the Dolphins, well, they suck, but they’re actually a lot closer to being competitive than a lot of folks think, and Bell lives in South Florida in the offseason. I get it. I get it. The Dolphins play the Jets next, by the way, so maybe he hopes for some immediate revenge.

As for the Bears, again, the fit isn’t QUITE perfect, because Bell would be a complementary piece in an offense that isn’t exactly explosive. It was always more about how the Bears could definitely use Bell as a versatile option to replace Tarik Cohen (and as depth for David Montgomery), rather than how perfectly Bell should see the Bears as an option.

Still, though. I’ll hold out a little hope until what’s done is done.