Allen Robinson is Catching Everything, So the Next Thing That Should Be Thrown His Way is an Extension Skip to content 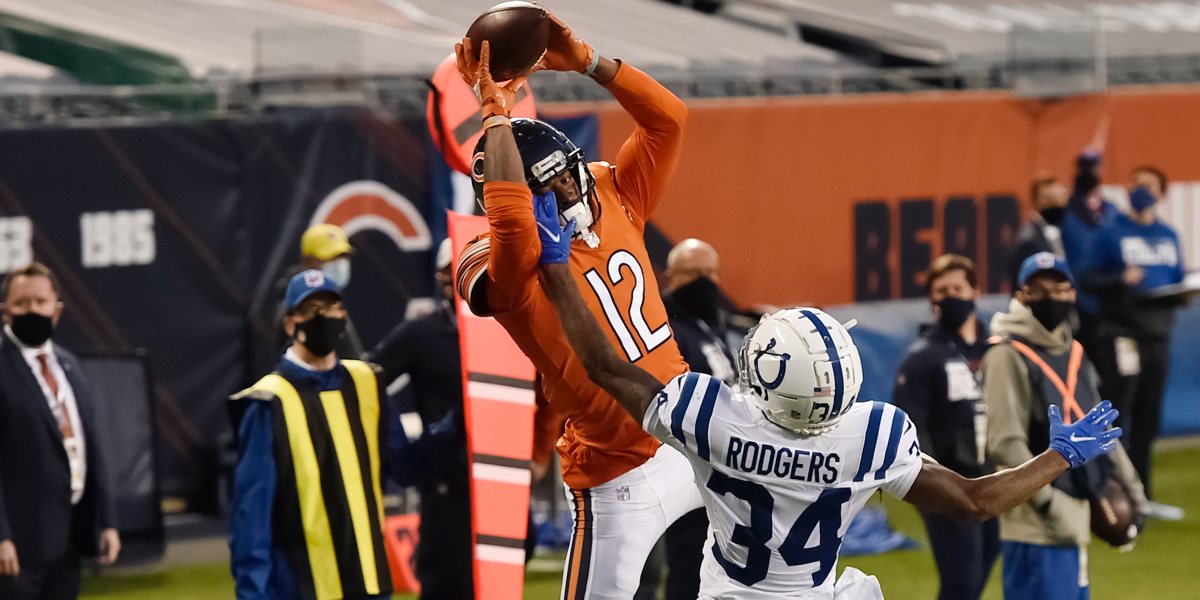 Playing in the final year of a contract can be daunting for players. The pressure to be your best for every snap of each game can take a toll on someone looking to make a grand impression ahead of a trip to free agency. Every moment is scrutinized and watched under the brightest of spotlights.

But good luck telling that to Allen Robinson, who’s shining brightly in the final year of the three-year contract he signed with the Bears in 2018:

Robinson has 35 catches, 421 yards, and 2 touchdowns in five games. That puts him on pace for a 112-catch, 1,347-yard, 6-touchdown season. And most notably, Pro Football Focus’ data credits Robinson with no drops on any of the 56 targets in 2020. What a remarkable stat.

Sure, he has had a few balls taken away from him by defensive backs that turned into interceptions. I recognize that, but so does Robinson. He tweeted he would be better “no cap” after the Bears’ win against the Bucs last week. And you know he means business when he drops the blue cap emoji on Twitter.

In any case, Robinson is balling out. And as he continues to do so, I imagine his asking price isn’t moving off where it was the last time the Bears and his representation met. Previously, the Bears have expressed optimism they would get a deal done, turned down trade offers from teams inquiring on the receiver, and resumed contract talks. More recently, Robinson and the Bears were still “far apart on their offers” on an extension.

Chicago could retain Robinson for 2021 by way of the Franchise Tag, but why wait? It’s clear that Robinson is deserving of a deal now. And if this production keeps up, his deal won’t get any less expensive.