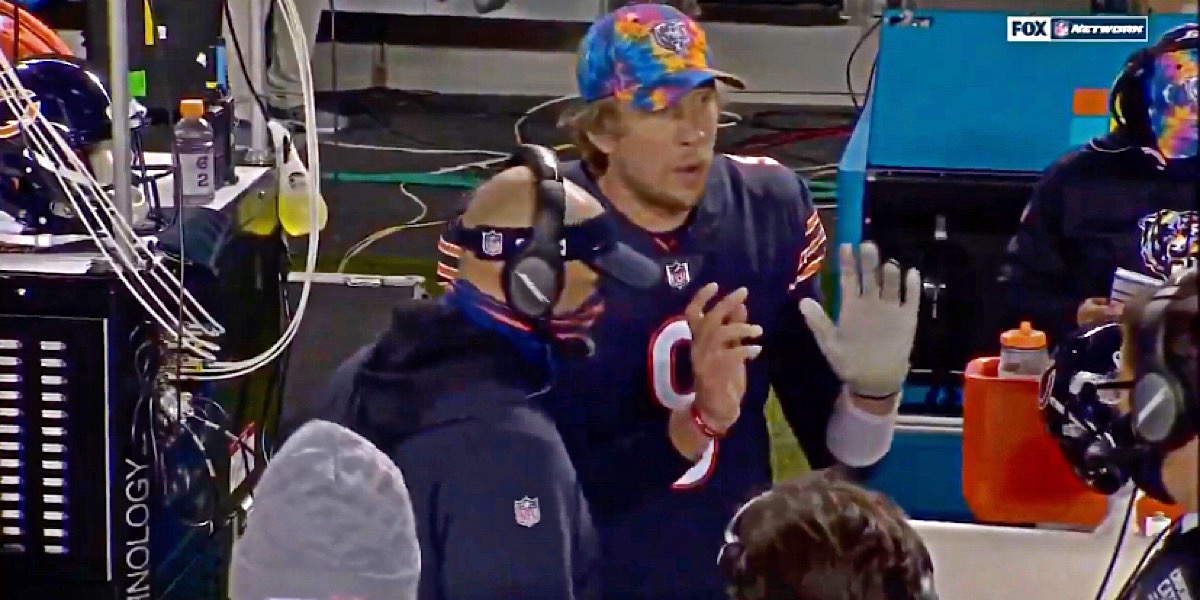 We learned that the football community lost a good one yesterday when news crossed the wire that reporter Vaughn McClure died. Many Bears fans probably remember McClure as one of the Tribune’s Bears reporter. I crossed paths with Mr. McClure once during my time at the Tribune. He was a respected and beloved man, and my thoughts and prayers are with his family and friends.

With that being said, I hope people read this tweet from ESPN’s Wayne Drehs and take the message to heart:

Terrible news about Vaughn McClure today. Was always so great to me. Wish he could have seen this outpouring of love and appreciation for him. Don’t be afraid to tell someone how much they mean to you while they’re still here. Tomorrow isn’t guaranteed. https://t.co/fth811Mc1E

•   Some good news to report from the NFL’s battle to play football during a pandemic. ESPN’s Adam Schefter tweets the Falcons are returning to their facility today after a round of testing emerged with no new positives. Should this continue to be the case moving forward, Sunday’s Falcons-Vikings game in Minnesota will be played as scheduled.

•   Unfortunately, it’s not all good vibes on the COVID front. The Colts closed their facility and planned virtual meetings after positive tests popped up in their organization, according to NFL Network insider Tom Pelissero. But have since released a statement confirming they will open up shop this afternoon after the positive samples were re-tested and confirmed negative. That’s a sigh of relief.

•   Even still … the league has to do something to corral this … right? Don’t get me wrong. I realize positive tests were inevitable as soon as the league declined using its offseason to come up with its own Bubble contingency plan. I wonder if NFL teams should dial up Cubs executive Theo Epstein and inquire on what the team did during baseball’s regular season. If you’ll recall, the Cubs had no positive COVID tests during the season. Just sayin’…

•   Meanwhile, the league’s chief medical officer continues to be against the NFL going to a Bubble format:

More on the NFL's chief medical officer, Dr. Allen Sills, being against the league using a bubble:https://t.co/Y0xj5RPsnR

•   On this date in Bears history, they were who we thought they were:

•   But they didn’t get there without hype speeches from Defensive Coordinator Ron Rivera, Pro Bowl center Olin Kreutz, and Head Coach Lovie Smith:

•   Fast forward 14 years and the Bears are in an all-too-familiar setting. Blessed with a great defense and a below average offense, you could drop this squad into 2006 and people might not be able to tell the difference. Spotty quarterback play, an all-world returner, one steady offensive workhorse, elite defenders, and a head coach whose players play hard for on game day. Man … history has a weird way of repeating itself.

•   Over at Da Bears Blog, Johnathan Wood’s third installment of “Bears at the Mini-Bye” dives into the defense (good and bad) and the team’s playoff projections. Ten days will have passed between Bears games, and I’m getting itchy about it. Matt Nagy’s teams are 0-4 after an extended period of days off. Two of those were overtime losses in 2018. Meanwhile, a third was a one-score contest on the road against the Packers in 2019. So it’s not as if teams are blowing the doors off of the Bears. But it  it doesn’t look like Chicago makes the most of its time off. That needs to change.

•   I’m intrigued by the idea of Nick Foles helping to improve Nagy’s play-calling. But in order for it to happen, Foles needs to execute on the easy throws that are schemed for him to make:

🔥Tonight at 7pm Central on an all-new @BraggsInStands!🔥

Our guy Lu (@lcm1986) from @BN_Bears joins the show to give some Bears perspective!🏈

Trey Lance has an elite skill set that can win in the NFL@PFF_Mike pic.twitter.com/meidCJmAt9