Raise Up and Bear Down: BEARS at PANTHERS - October 18, 2020 | Bleacher Nation Skip to content 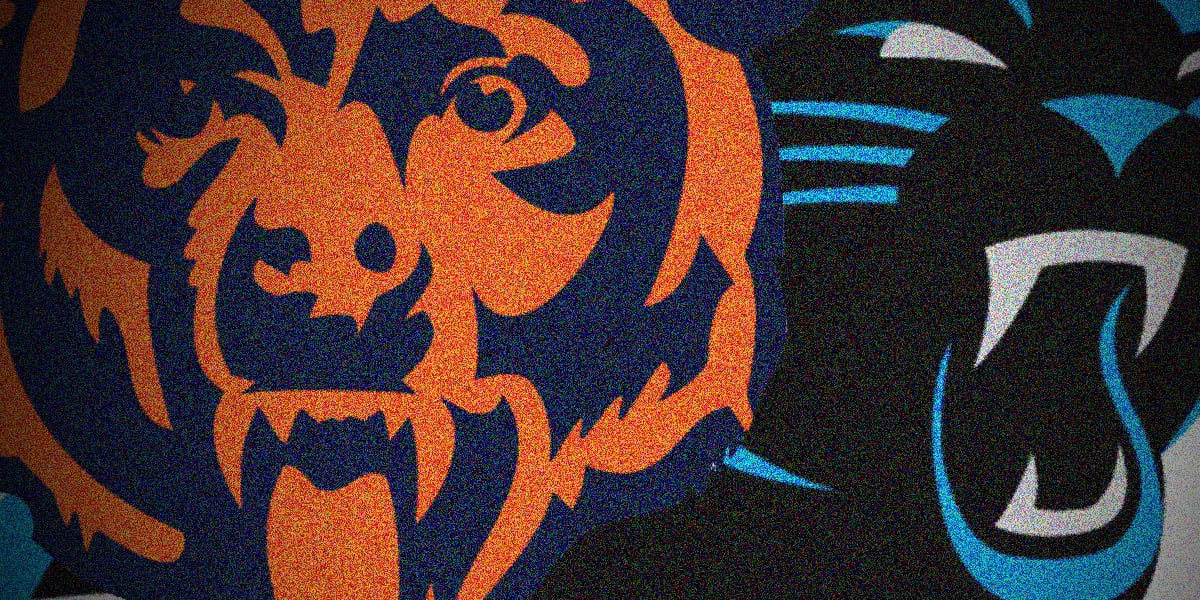 It’s the third full week of the Matt Nagy-Nick Foles collaborative experience, and I’m intrigued to see how it will go. I’m curious to see how Joe Brady’s offense attacks Chuck Pagano’s defense. PFF and Football Outsiders rank Chicago’s defense as a top-5 unit, but Brady’s bunch has outside firepower and a quarterback who doesn’t make mistakes. This should make for one of those fun cat-and-mouse games we love to watch on Sunday.

But oddly enough, the thing that interests me most is that this is the first game the Bears will play with fans in the stands. Friends and family were allowed to see Bears-Falcons in Week 3, but the Panthers have an expanded set up.

North Carolina allows for a limited capacity of 7 percent for venues that seat 10,000+ fans. For the Panthers, who play their games in Charlotte, that means 5,240 can make their way through the turnstiles to see Week 6 unfold in person. Alaina Getzenberg (The Charlotte Observer) outlines how it works in Carolina for those of you who might have an interest in making the trek to Tar Heel country. But if you do so, remember to be safe about it.

The Bears lead the all-time series 6-4. Eddie Jackson had a breakout party the last time these two teams played in 2017:

David Montgomery is lined up for a big game if he gets enough carries because the Panthers rush defense leaves much to be desired. Josh Jacobs ran for 95 yards and three scores in the season opener. Leonard Fournette tacked on 103 yards and two touchdowns on just 12 carries a week later. One week after that, Austin Eckler racked up 143 scrimmage yards and another touchdown. And two weeks after that, Todd Gurley picked up 121 yards and a touchdown on just 14 carries. If ever there was a time to #LetMontyCook, this is it.

Kyle Fuller continues to play at a high level. He is Pro Football Focus’ 20th ranked cornerback and owns the site’s ninth best coverage grade. Fuller will likely match up against Robby Anderson, who has lined up on Fuller’s side of the field on 38 percent of Carolina’s offensive snaps. Anderson has three 100-yard receiving games under his belt already and is on pace for a 115-catch, 1,565-yard season. Proving once again that getting away from the Jets is good for your health.

Sherrick McManis returning to the Bears will be a welcome sight. Because not only is he a special teams ace, his work as a defensive back in nickel and dime packages is underrated. McManis isn’t a shutdown defender. But when used in small doses, he seems to be in the right place at the right time — which shouldn’t go unnoticed.