One Week After Wanting to Pack the Swamp, Florida Coach Dan Mullen Announces He Has COVID-19 | Bleacher Nation Skip to content 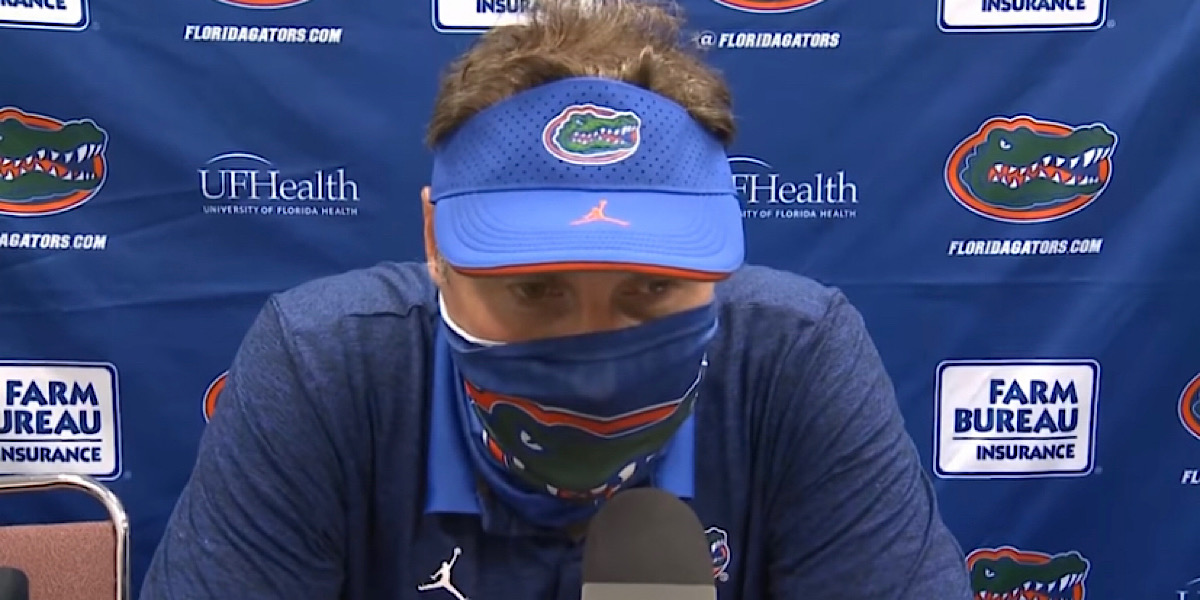 Florida Gators Head Coach Dan Mullen made waves a week ago when he said he wanted a full house of fans when his team hosted its next game.

But that game was since canceled because of a COVID-19 outbreak among his players resulted in 20 positive tests. And today, Mullen himself announced that he tested positive:

Mullens’ announcement coming days after requesting a packed stadium shouldn’t be lost on anyone. In fact, it should serve as a reminder of how serious and challenging it is to live through a pandemic. Let alone try to play a football season through one.

And there was a reason UF’s administration quickly shot down the idea of 90,000 fans in seats.

It’s been a rough week for SEC football. In addition to Florida’s situation, Alabama had a false positive for Head Coach Nick Saban. Ole Miss Head Coach Lane Kiffin alluded to his team having an outbreak. The conference did well to start the year without issues, but the recent days haven’t been welcoming.

After seeing how quickly an outbreak can happen, I hope players, coaches, and teams continue to take their handling of COVID-19 protocols seriously.