Beware of the Mike Davis Revenge Game Skip to content 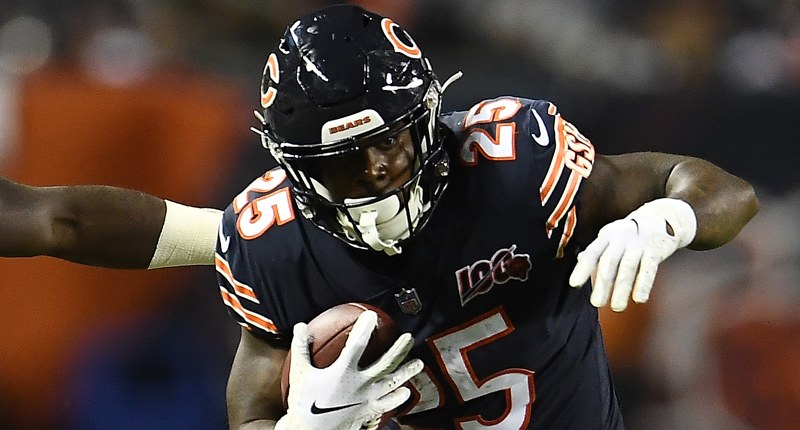 There were no surprises among the Bears’ inactives for Sunday’s game against the Panthers, but seeing Carolina receiver Curtis Samuel listed among those not suiting up was eye-opening. Samuel is a nice complimentary third pass-catching option, but a knee issue had him listed as questionable for Sunday’s game.

And without Samuel in the lineup, I can’t help but think the Bears will get a healthy dose of Mike Davis today. In fact, I have a feeling Chicago should expect it. Especially based on how they talked about him this week:

Bears DC Chuck Pagano on Panthers RB Mike Davis (cut by Bears last year)– "There's gonna be extra motivation–like he needs it [sarcastically]. He's a damn beast as it is… If we tackle like we did last week, he'll have 200 yards on us."

Bears DC Chuck Pagano on RB Mike Davis in the passing game: "He's a hard guy to take down whether it's screens or check downs. He's a hand full."

Bears Head Coach Matt Nagy lauded Davis’ skill set this week, saying: “Mike Davis is really well-rounded. He’s great in protection. He’s really good with the ball in his hands. He was a really good teammate with us.”

Makes you wonder why they released him in the first place.

Davis has thrived playing for the Panthers. He has averaged 4.6 yards per carry in 10 games since signing with the Panthers after being cut by the Bears in 2019. Davis’ best work has come in 2020, averaging 4.87 yards per carry in the three starts he has made in place of Christian McCaffrey. In fact, his three-game run extrapolated over a 16-game season would yield an impressive 240-carry, 1,168-yard, 5-touchdown season.

But let’s not play revisionist history for too long. At the time, it made sense to part ways with Davis. The Bears weren’t using him effectively, his 2.3 yards per carry was a woeful number, and his snap count had some wondering why he was on the roster in the first place. In October, we figured out the Bears could net another draft pick if they dumped Davis before a November deadline. And on November 9, the Bears parted ways with Davis. Thus, positioning themselves for a compensatory draft pick in the 2020 NFL Draft.

As it turns out, the Bears landed said comp pick! It was a momentous occasion that hadn’t happened in 10 years. And it wasn’t inconsequential, as Chicago turned around and traded that pick to the Jaguars for Nick Foles. Because of course there was a roundabout connection to be made there.

So, in a way, the Bears can thank Davis for bringing Foles into the fold. And as far as I’m concerned, the best way to do that would be to greet him with tackles behind the line of scrimmage. Think of them as big “thank you” hugs. Otherwise, Davis has all the motivation he needs for a revenge game that I’m sure Bears fans don’t want to see.